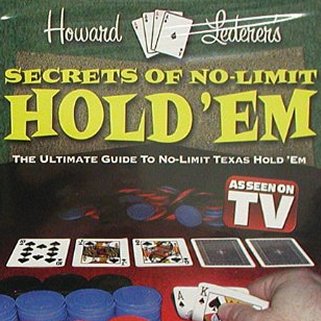 How much would you pay for 15,609 copies of “Secrets of No Limit Hold’em,” an instructional DVD from former Full Tilt Pokerfront man Howard Lederer? Ten dollars? Twenty dollars? One dollar? Try ten cents. In a recent fire sale auction of Full Tilt Poker-related multimedia and gear, 15,609 copies of Lederer’s DVD went for $1,560.90 total, or a dime each.

The auction, organized by J. Sugarman Auction Corp., took place on Saturday in the form of a hybrid live and online sale, including Lot #120, Lederer’s 15,609 DVDs. In a separate lot, 22,372 copies of “Howard Lederer Tells All” went unsold.

This was like the Costco of Full Tilt Poker sales – you want 20 pounds of butter, they had it. Seventy-two four-piece coaster sets went for $1 each, or $72 total. Over 5,000 Full Tilt Poker cat stress balls went for two cents apiece, or $101 total. Who doesn’t need 5,000 stress balls, anyway? Several thousand Full Tilt Poker hats fetched around thirty cents each. Protecting yourself from the sun should be job #1.

If you needed some old school license plate holders, you could have picked up 235 of them that read “Play With the Pros” for a quarter each. Fifteen Full Tilt laptop skins went for $4.50 each, while various money clips fetched slightly less than a dollar apiece. If you’re thirsty, 220 Full Tilt six-ounce flasks went for $1.90 each, or $418 total.

In total, there were ten pages of auction items to wade through, including chip sets, mouse pads, and giant neon signs. If your glassware was getting a bit boring and a big party was coming up, four-dozen 16-ounce Full Tilt pilsner glasses went for $2.50 each, or $120 total, in Lot #215. And it’s about to be tailgating season in the US, so you could have outfitted your pre-game feast with Full Tilt folding chairs, which went for $12 each. 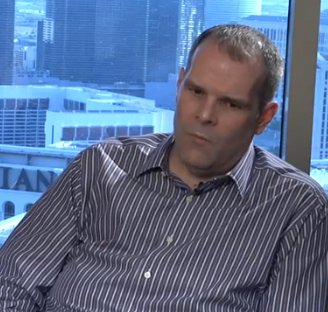 Soccer balls went for $1.30 each, aluminum sports bottles went for thirty cents each, and Full Tilt Poker flip flops would have set you back about a dollar a pair. That’s quite a conversation piece for your feet.

Lederer(pictured) has been relatively absent from the poker community following the downfall of Full Tilt, which the US Government called a “global Ponzi scheme” and which was sold to its rival, PokerStars, in mid-2012. Amaya Gaming now owns Full Tilt, which it bought along with PokerStars for $4.9 billion in a deal that was recently finalized.

Full Tilt has denied any involvement in the auction. A representative of the site told PocketFives, “The reported auction is not a Full Tilt Poker event. We will be requesting the organizer to represent the event appropriately.”