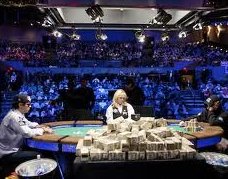 PocketFives.com has learned that the final table of the 2011 World Series of Poker Main Event, which begins next month from the Rio’s Penn and Teller Theater in Las Vegas, will air on ESPN and ESPN2 on a 15-minute delay. Each hand will be shown with players’ hole cards and the event will also be streamed online on ESPN3.com. It’ll make for a truly interactive fan experience for those who aren’t able to make it to Sin City and follows a similar setup for ESPN as the final days of the Main Event in July.

Additionally, the schedule for November Nine weekend has changed. Now, the action will start on Sunday, November 6th at the Rio at 11:30am local time. Instead of playing down to the final two, as had been the norm, the action will continue until three players are left standing. Then, the tournament will be paused until Tuesday, November 8th at 5:00pm local time, when the final three will play down to a winner. Again, you can catch each pot on television.

WSOP officials candidly admitted in a press release sent out to the media on Sunday, “The decision to attend the event is changed slightly by the ability to see the event unfold from anywhere around the globe in near real-time. But, of course we would love to have you and we’ll make all players available following their bust out.” Seating for fans at the Penn and Teller Theater will be on a first come, first served basis.

The deadline for members of the media to apply for credentials for the November Nine is October 28th, one week before the cards hit the air in Las Vegas. Last year, media were seated in plush couches in the middle of the lower level of the theater as well as up top in its press box. After every bust out, players were made available in the theater’s lobby. 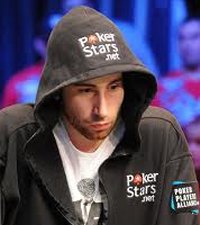 The announcing team for the WSOP Main Event final table was not revealed in Sunday’s press release nor was the reason for the format change to leave three players standing heading into the tournament’s final day instead of two. Last year, the off day between the final table and heads-up play served as a time for members of the media to interview Jonathan Duhamel (pictured) and John $JMONEY$ Racener in the middle of the Rio’s Masquerade Village.

A full-fledged press release about the format for the November Nine finale is due out this week. The three-day period will also feature induction ceremonies for the 2011 Poker Hall of Fame class. Ballots from a 17-man media panel as well as the 18 living Poker Hall of Fame members were due on Friday and an announcement is expected in the coming week. This author was privileged to vote for the Poker Hall of Fame for the third consecutive year. You can see how I voted by clicking here. 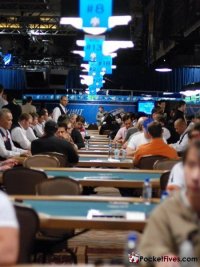 PocketFives.com has heard rumblings that the 2012 WSOP could be entirely broadcasted on ESPN in real-time as opposed to the pre-packaged episodes that have been airing on Tuesday nights. With the loss of ad dollars from sites like PokerStars and Full Tilt in the U.S. market, we could see a shift in how poker is shown on television. Recently, NBC axed the National Heads-Up Poker Championship, as poker on TV has struggled post-Black Friday.

ESPN owns the airing rights for the annual WSOP until April 2018 as part of an agreement struck two years ago. ESPN guarantees 32 hours of coverage of the WSOP each year and, at the time, its broadcasts of the poker tournament attracted over 80 million viewers annually. ESPN has aired the WSOP since 2003 and its previous agreement expired in 2010.

Stay tuned to PocketFives.com for the latest WSOP news.