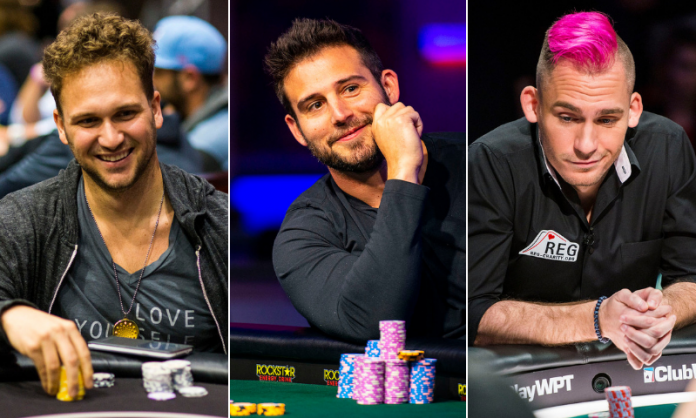 May was a jam-packed month in the poker world and there were plenty of major headlines that grabbed our attention. Here are PocketFives’ top five stories from May 2018, including a regulated online poker milestone, a lawsuit against PokerStars, and a handful of record-breaking performances.

The game-changing development paved the way for more robust interstate online poker series and online gold bracelets events available to those in New Jersey and Delaware.

Gordon Vayo went on an incredible ride in the 2016 World Series of Poker Main Event, finishing second for $4.66 million, but his roller coaster 2018 was even more dramatic.

It started when news dropped in May that Vayo was suing PokerStars for confiscated winnings from a 2017 Spring Championship of Online Poker tournament. Vayo’s score was worth nearly $700,000, but PokerStars denied payment of the funds based on suspicions he violated the site’s terms of service and played from the United States.

We’re going to cheat a little bit here and roll two stories into one, but they both involve the record-breaking success of Calvin ‘cal42688’ Anderson in the PokerStars SCOOP.

Anderson wasn’t the only high-profile player to have a record-setting victory in May, but this next player did it in the live realm. Darren Elias, one of the World Poker Tour’s most successful competitors, earned his record-setting fourth WPT title when he took down the WPT $10,000 Bobby Baldwin Classic in May. Elias topped a field of 162 entries to win $387,580. At the final table, Elias battled with an elite group that included Kitty Kuo, Joe McKeehen, Dietrich Fast, Sam Panzica, and Jonathan Little.

Justin Bonomo had himself an absolutely tremendous 2018 and the month of May was huge for him. Just two months after winning the Super High Roller Bowl China for more than $4.8 million, Bonomo won the Super High Roller Bowl IV title in Las Vegas for $5 million. Bonomo topped the field of 48 entries in the $300,000 buy-in tournament and defeated Daniel Negreanu in heads-up play.

The score was part of Bonomo’s $25.4 million year that became the most winningest year in poker history and vaulted Bonomo to the top spot on poker’s all-time money list.