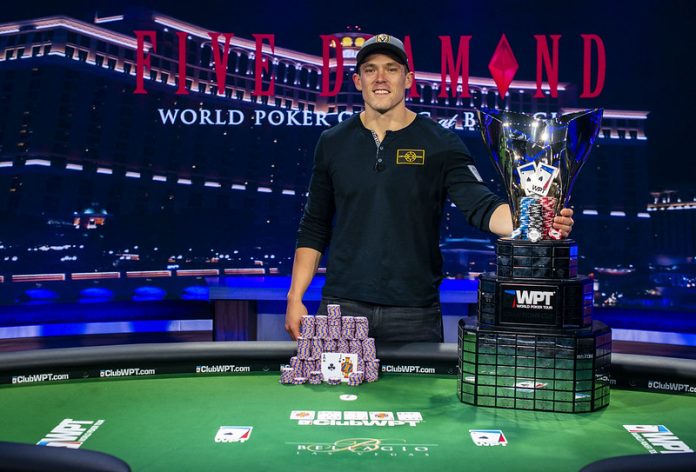 As we move into 2020, PocketFives takes a look back at the year that was in poker news, going month-by-month through the biggest and most important stories of 2019. December saw one of the largest online poker tournaments ever, a new state regulating online poker, and Pennsylvania players getting their first taste of COOP action.

After Day 1A finished, all eyes were on ‘jiggidyjigjohn’, who finished with the chip lead. A partypoker promotion offered the Day 1A chip leader a $1 million bonus if they went on to win the event. Unfortunately for ‘jiggidyjigjohn’, they had to settle for a 42nd place finish for $52,725.

The event drew 2,109 runners to build a total prize pool of $21,090,000 to beat the guarantee and make it the second-largest online poker tournament prize pool of all time behind only the 2018 partypoker MILLIONS Online event. The buy-in for the 2019 event was bumped up from $5,300 to $10,300 – one of a handful of things that PocketFives Editor in Chief Lance Bradley believes need to be changed for the 2020 event in an effort to break the record for largest online poker tournament ever.

Alex Foxen captured the 2018 GPI Player of the Year title and spent all of 2019 doing his best to defend it. He ended up doing just that in dramatic fashion. Foxen captured the World Poker Tour Five Diamond Poker Classic for $1.694 million and more than enough points to lock up a second consecutive poker GPI POY title.

The unlimited re-entry event drew 1,035 runners to break the record for largest Five Diamond ever.

“It feels, I don’t know… surreal,” Foxen said in the moments following the win. “It’s kind of hard to put into words, but it feels amazing. The last time I got to this spot, I was a little bit disappointed in the way that I played heads up. It’s just incredible to get the opportunity again and be fortunate enough to pull out the win. I don’t have words.”

Runner-up Toby Joyce collected $1,120,040 for his efforts.
This was the fourth consecutive year that the Five Diamond field saw an increase. Season XV had 791 entries, Season XVI had 812, and Season XVII last year had 1,001.

Just weeks after the launch of online poker in Pennsylvania, Keystone State grinders got their first taste of what a big online series was like. The inaugural PokerStars Pennsylvania Championship of Online Poker actually kicked off in late November, but most of the events took place in December and PokerStars executives had to be happy with the overall turnout.

PokerStars actually bumped up the overall guarantees for the series twice. First on December 2, going from $1 million to $1.125 million, and then again on December 4, with another $125,000 being added to the prize pools.

PACOOP was the first time that some of the best online poker players in the state got a chance to show their mettle. Six players, lead by ‘Gyea0’, managed to earn more than $20,000 over the course of the entire series.

In late 2018, online poker players in Michigan were excited and then heartbroken when the Michigan legislature passed a bill to legalize online poker only to have then-Governor Rick Snyder veto the bill out of spite just days before leaving office.

It took nearly 12 months, but another bill was passed on December 10 and then signed into law by Governor Gretchen Whitmer on December 28. This made Michigan the sixth state to pass online poker legislation, joining Nevada, New Jersey, Delaware, Pennsylvania, and West Virginia.