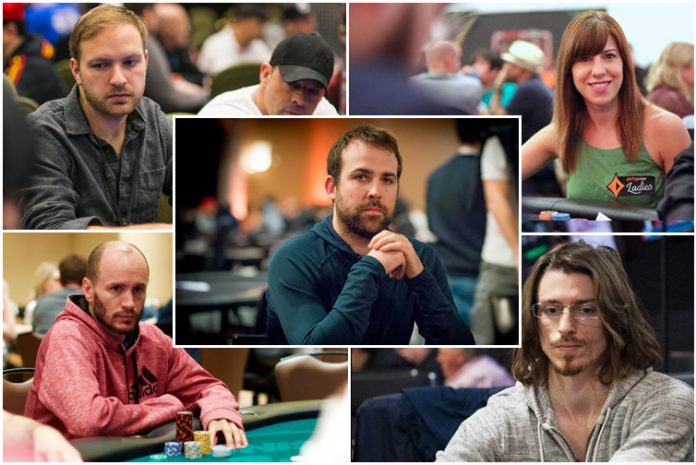 Canadian players have won 60 World Series of Poker bracelets in the 50-year history of the event. In recent years, less-than-favorable tax law interpretations have forced a number of the best players north of the border to skip the WSOP entirely rather than leave a chunk of their winnings behind in the hands of Uncle Sam.

As we know all too well, 2020 is different. There is not Las Vegas pilgrimage to make. This year, Canadians will be able to compete in 54 bracelet events on GGPoker without having to worry about any withholding tax. That means it could be a breakout for Canadian players.

Here are five Canadian players to keep an eye on throughout the 2020 WSOP Online.

In 2010, a fresh-faced 23-year-old Pascal Lefrancois burst onto the WSOP stage by outlasting 2,340 players in a $1,500 No Limit Hold’em event to win $568,974 and a WSOP bracelet. It was only his second career live cash but served as a launching pad for what has become an impressive career to date.

The Montreal native has earned $5,265,276 on the live tournament circuit highlighted by a win at the 2018 partypoker MILLIONS Barcelona Grand Final Main Event where he earned $2,097,211. Recently, he’s consistently turned in big scores in some of the highest stakes tournaments online.

Over the last ten years, the PokerStars Spring Championship of Online Poker served as a preview of the upcoming WSOP in Las Vegas. Players who contended for the SCOOP leaderboard or picked up multiple titles – or oftentimes, both – would usually find some success at the WSOP. Mike Watson fits that bill perfectly.

Watson has had great success at the WSOP in mixed game events with 37 of his career cashes coming in non-Hold’em events. The GGPoker WSOP schedule, however, plays right into Watson’s strengths. Along with 29 career WSOP cashes in No Limit Hold’em variants, Watson won the 2016 PokerStars Caribbean Adventure Main Event for $728,325, beat out a star-studded field in a €50,000 buy-in non-bracelet event at WSOP Europe in 2012 for $1,304,648, and in 2008 earned his first career live win by besting the 446-player field in the Bellagio Cup IV for $1,673,770. His lifetime live and online earnings total $17.94 million.

Kristen Bicknell already has two WSOP bracelets to her credit. In 2013, she won the Ladies Championship for $173,922 and she followed that up three summers later by winning the $1,500 NLHE Bounty event for $290,768.

Bicknell has plenty of recent online success to draw from. In 2019, while in the midst of winning back-to-back GPI Female Player of the Year awards, was also the #6-ranked online poker player in the world. Traveling the world to play live, Bicknell picked up six-figure scores in Australia, Canada, the Bahamas, Los Angeles, and Las Vegas. While outside of the United States, Bicknell put in a steady amount of online MTT play at relatively high stakes, earning $1,610,705.50 in the process.

During the recent WSOP Super Circuit Online on GGPoker, Bicknell took down three $5,000 buy-in side events and a pair of $1,000 buy-in side events. The partypoker Team Pro also amassed an impressive 35 Powerfest cashes in March and April, highlighted by a fourth place finish in Event #91-SHR ($5,200 NLHE) for $45,937.50.

You know things are serious when your WSOP planning involves hiring a nanny. That’s exactly what Mike Leah has undertaken the past few weeks in preparation for the WSOP Online. Leah, who skipped the entire 2019 WSOP following the birth of his son Grayson last June, won his sole WSOP bracelet in the 2014 WSOP Asia-Pacific High Roller for $524,411.

Along with his WSOP bracelet, Leah has earned nearly $8 million in live earnings in his career with the biggest scores coming from runner-up finishes at the 2014 Seminole Hard Rock Poker Open Main Event, the 2015 World Poker Tour LA Poker Classic, and the 2017 SHRPO High Roller.

The most casual poker fan may not know the name Ryan ‘newguy89’ McEathron. He has never made a live final table and has just 14 live cashes and $261,848 in earnings. The 2020 WSOP Online could be the Kingston, Ontario natives opportunity to emerge into the poker spotlight. While he may not have pages of results on his Hendon Mob profile, online poker is a different story.

Currently the #10-ranked online poker player in Canada, McEathron can normally be found playing a full schedule of events with buy-ins ranging from $50 to $200. The WSOP Online schedule offers 25 events with buy-ins of $1,000 or less and while McEathron might not be firing max bullets in the high roller events, he’s likely to be a deep run threat in the smaller buy-ins while still taking shots in the mid-tier events.