After two years of development, 888poker has introduced its brand new mobile poker platform for both iOS and Android. Branded as the “Made To Play” poker platform, the latest overhaul of the 888 software promises a vastly upgraded experience for players, created with user’s input and the latest in online poker industry standards.

Having discovered that more than 60% of their players get into their games on their smartphones, 888poker decided to make their mobile platform a priority. They have updated the entire design, from lobbies to table layout, to a more sleek portrait mode. The new look allows for users to play as well as scroll through lobbies one-handed, making it easier to get into the action. It also makes it easier to multi-table where users can play up to four tables at a time and jump in and out of the action with a single swipe.

The new-look poker lobby is now similar to the rest of 888’s online products, including 888casino and 888sport. This gives players who take part in those other features a seamless experience when they switch back and forth between each activity.

888poker has loaded up the new release with brand new features to keep its customers coming back for more. Gone is the traditional chatbox, replaced by a more modern “emoji display’ which allows people to communicate through a variety of quick pick emojis. ‘Throwables’ add to the fun as players celebrate a big win or a bad beat by hitting their opposition on-screen with virtual objects like an egg, a cupcake, or a snowball. New player tags give players quick reference to the type of player they think they are up against. 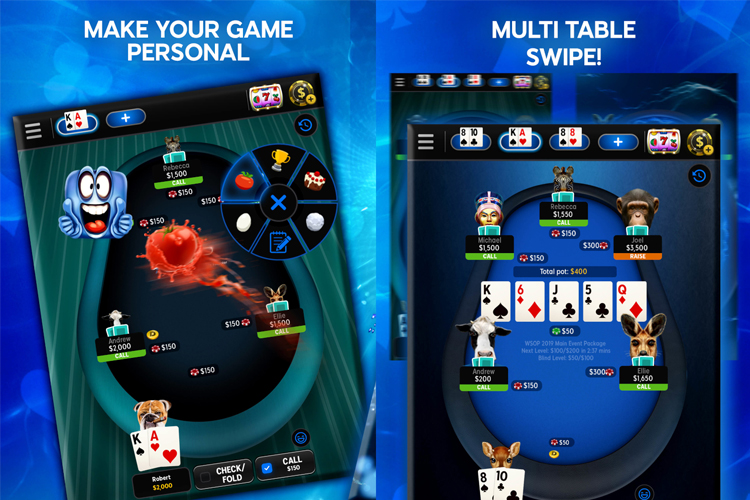 But behind all the small details which promise to make the mobile experience a more player-friendly experience, 888poker says that the new platform has all of the powerful features necessary for users to customize their own experience from a four-color deck to personalized lobby filters to getting into a pre-defined game of a particular buy-in with the click of a single button.

Also new on the platform is ‘The Winner Spinner’ where, twice-a-day, players win prizes with a spin of the virtual wheel. And ‘Gift Drops’ are prizes awarded to players at random times while they are seated at a table. In addition, some of 888poker’s most popular exclusive games are now available across all platforms including SNAP fast-fold poker, where players get moved to a new table with brand new cards as soon as they fold or finish a hand. As well as BLAST Jackpot Sit & Go’s, the short-handed SnG that gives variable prize pools and can award players up to a $1,000,000 top prize.

To roll out the new “Made To Play” software, 888poker is giving away more than $1,000,000 in prizes with non-stop freerolls that will hand out $30,000 in prizes every week. There will be daily Happy Hours and Gift Drops every five minutes that will award up to $1,000 each.

The new 888poker app is being rolled out to all users and will be able to be downloaded on both iOS and Android.