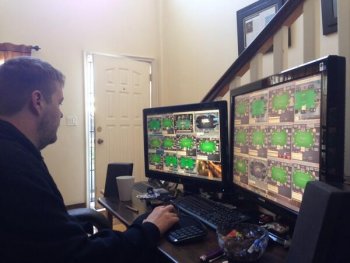 This week, the cash game traffic monitoring site PokerScoutreported mostly negative news about the state of the online poker industry in its latest Scouting Report. Cash game traffic fell 1% from the week before and, compared to the same time last year, traffic is down 8%.

888 Holdings and bwin.party reported that their profits were down and Playtech, the owner of the iPoker Network, said poker revenue had sunk over 7% from last year. Combine all that with the annual summer lull and, while there is nothing worth panicking over, the state of the online poker industry could be better.

“To lighten the mood,” as PokerScout said, the site reflected back to where things stood five years ago. It was period in between industry-altering legal events. In late 2006, the Unlawful Internet Gambling Enforcement Act (UIGEA) passed, and it would still be a couple years before we were blindsided by Black Friday. It was a good time for poker, even if there was a little uneasiness. 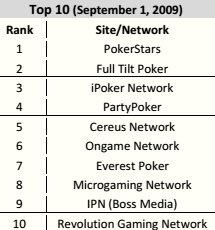 By 2009, the reshuffling of the industry caused by the UIGEA had already happened. Many online poker rooms and networks withdrew from the US market. Some of them continued on, refocusing their efforts on Europe (primarily), seemingly content to stare up at a lower ceiling in exchange for remaining alive. Others could not survive without US players and either closed up shop or were absorbed into other networks.

PokerStars, more than happy to fill the gigantic void that was left when PartyPoker, the iPoker Network, and others left the US, surged to the top of the cash game traffic rankings. According to PokerScout, PokerStars was growing by more than 50% every year, while the entire industry was up over 35% from the year before.

By 2009, PartyPoker, once the king of the online poker world, was down to fourth in the rankings and PokerStars was in the early stages of dominance that has yet to let up. Full Tilt Poker had doubled its traffic in the past year and was now in second place; a heated rivalry was afoot with PokerStars as the two tried to outdo and out-market each other at every turn.

TheiPoker Network was perhaps the most interesting of the online poker entities. PokerStars and Full Tilt Poker took advantage of their competitors fleeing the US market; they stayed and grabbed many American customers. But iPoker didn’t. It retreated, but rather than slumping back on the couch and bemoaning its luck, Playtech started scooping up the woebegone poker rooms that were about to go under, growing by acquisition. 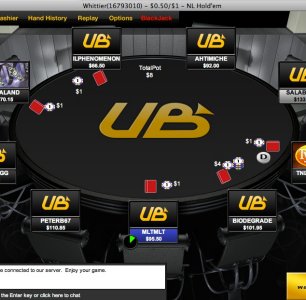 In 2009, the iPoker Network was in third place in PokerScout’s rankings and has remained near the top of heap ever since. The now infamous Cereus Network, consisting of UltimateBet and Absolute Poker, also stayed in the US and took up the fifth spot in the rankings.

But while US players were happy for the most part, having seemingly survived the rather large speed bump that was the UIGEA, storm clouds were starting to form. In what would become an increasingly common sight, PokerScout reminded us that the US Department of Justice began seizing funds en route from poker sites to customers. PokerStars tried to keep those with financial interests in the company calm by letting everyone know that US players comprised less than half of its customer base, but the dominoes were starting to fall.

The rest, as they say, is history.