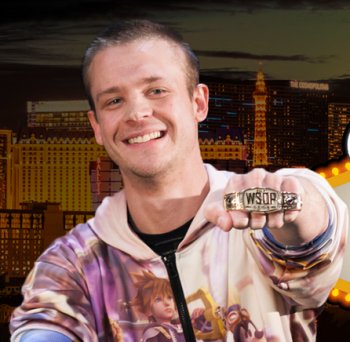 The 7,725-entrant Millionaire Maker wrapped up on Tuesday at the World Series of Poker in Las Vegas. A loaded final table ended with Adrian Buckley (pictured), a 27-year-old part-time poker player from Dacono, Colorado, pulling the upset and winning his first bracelet in his first ever WSOP cash. He took home $1.2 million.

There were four bracelet winners at the final table, but they went busto in sixth, seventh, eighth, and ninth places. Buckley, an electrical engineer, told WSOP officials, “This is one-hundred percent surreal. This has been a crazy few days. It was the run of the century.”

Besides being overmatched by the raw talent at the final table, Buckley also started Day 3 with a paltry six big blinds. Entering the finale, he had 10 big blinds. As coverage on WSOP.com outlined, “When playing heads-up, he overcame the chip disadvantage at least three times on the way to victory. Indeed, this win was unlikely as they come, especially given the pedigree of competition later in the tournament.” 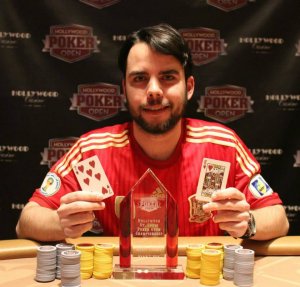 Down 2:1 in chips heads-up, Buckley picked up A-K and was all-in against PocketFiver Javier zarco1128 Zarco (pictured), who had A-3. A three on the flop seemed to portend Buckley’s demise, but he hit a king on the turn to pull ahead for good. About 20 hands later, the Millionaire Maker was over.

Justin looshlePechie, who won a bracelet in 2011, finished in eighth place, while ninth went to WPT host Mike Sexton. The Poker Hall of Famer recorded his 61st career WSOP cash and won a bracelet in 1989. Here’s how the final table cashed out: