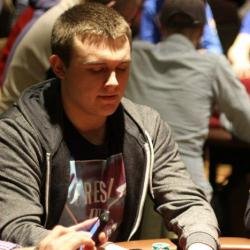 In the span of a few days earlier this month, England’s Scott Aggro SantosMargereson (pictured) won not one, but two PokerStarsWCOOP titles. The first was worth $106,000 and came in a $320 No Limit Hold’em Zoom event. The second occurred two days later in the series’ Sunday Warm-Up and was worth nearly a quarter-of-a-million dollars. Not surprisingly, he has shot up to #33 worldwide in the PocketFives Online Poker Rankings and is #6 in the UK. Margereson sat down with PocketFives to talk about his latest accomplishment.

PocketFives: How are you feeling about your WCOOP titles? It must be surreal at this point.

Scott Margereson: It’s quite strange. After the $320 Zoom win, I was over the moon. After the Warm-Up, I don’t really feel that much different. To be honest, it doesn’t really feel like real life. I’ve barely logged any volume this year, as my main game has been cash for a while now. I was expecting to continue the steady grind up. I was still going to play on Sundays and during the big series, so I knew there was a chance I could have a decent score, but I never expected this.

PocketFives: What do you attribute it to?

Scott Margereson: Honestly, I’m just a guy who has gone on a heater at the right time of year. The Warm-Up played kind of deep up until we started getting toward the final table and I’m much more skilled deep now than I was six months ago, so that may have helped slightly, but for the most part, I got extremely lucky.

PocketFives: Do you want to play more cash games or stick to the mix you currently have? What cash games do you play?

Scott Margereson: I’m quite happy with the mix I have right now. Tournaments are nice to play when the games are big, but I don’t have the heart to do it day in, day out anymore. I’m mainly playing $500 Zoom on PokerStars and also some of the Rush games when they run on Full Tilt. I like the flexibility of the hours when playing cash games and as far as an actual hourly rate goes, I’m pretty sure that on a standard weekday I’m making a higher hourly than I would playing an MTT session. 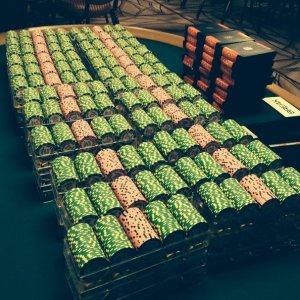 PocketFives: What advice do you have for aspiring cash game players?

Scott Margereson: My advice would be that if you can hack the variance of MTTs day in, day out, then stick to those since switching to cash games is a lot of hard work. I came from cash games originally before I switched to MTTs.

PocketFives: How did you get started in poker originally and why did you gravitate toward cash games at the beginning?

Scott Margereson: I got started in poker in a home game originally, then won a free $50 deposit on Full Tilt, and started out that way. A friend of mine told me about this free $50 that I could get and he was playing cash games, so I started out like that as well.

PocketFives: How often do you get to play live poker?

Scott Margereson: I enjoy playing live every once in a while. It’s kind of refreshing, but eventually it becomes pretty boring with the small number of hands you play. One thing it does, though, is makes you appreciate online poker a lot more. I play most EPTs when I can and went to the WSOP for the first time this year for the Main Event, which unfortunately saw me busting before the dinner break on Day 1.

The WCOOP and other big-time series run on PokerStars. If you don’t already have a PokerStars account, sign up through the links on PocketFives to get a 100% up to $600 deposit bonus along with one free month of PocketFives Training with no sign-up fee. Click hereto get started.