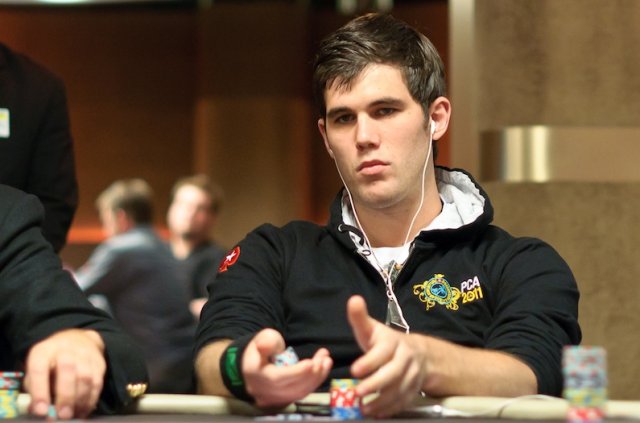 It’s not easy to coach day after day, week after week, year after year. Not only do your life circumstances change, but so does the industry you’re coaching in. For Alex ‘Assassinato‘ Fitzgerald, changing with the times has seemingly been a piece of cake.

Fitzgerald has been working with the poker training site SpinAndGoStrategyand, between now and Sunday, January 31, players can get 25% off two of Fitzgerald’s MTT training videosthat total over eight hours of instruction. One, called “Why Pessagno is Right,” covers stack size dynamics, playing a short stack, and raise-folding and 3bet-folding at shallow stack depths.

Fitzgerald said, “Most of the calculations shown in that video are not immediately obvious, but once they are taught to you, anyone can do them. The chip EV calculations are even simpler, and since Spin & Gos are usually winner-take-all, this kind of math is very applicable. The concepts also center on short stacks, which is what you always are dealing with in this format.”

The second video, called “You Flat Too Much,” talks about flatting from the big blind, re-raising pre-flop, and covers several bluffs he made on the way to the final table of a SCOOP event. Both videos normally run $160 total, but they’re now $119 with a special 25% discount that ends on Sunday.

“The main challenges with coaching in today’s world involve how rapidly the game changes,” Fitzgerald said. “I would be very content to sit back and try to become poker’s Phil Jackson, but then I wouldn’t be observing enough to offer the best consultation. I don’t have as much time to play as I’d like, but I try to get on the felt as much as possible to see which way the wind is blowing.”

Fitzgerald, who now calls Costa Rica home, has $3.2 million in career winnings, a large chunk of which came in 2012 after a WCOOP Second Chance win. “Coaching hasn’t changed much for me,” said of his longevity. “I’ve just had to update the strategies and materials with the times.” He joined PocketFives way back in 2006.

The online streaming service Twitch has posed a fairly new challenge to coaching since its explosion in the last year. Lay-people can watch some of the top minds in poker play, completely free, without having to pony up cash for videos.

“Videos saw a dip in popularity with Twitch broadcasting, but so did much of the training industry,” Fitzgerald recapped. “For a short time, people thought that everything was free just because Twitch existed. After a while, they began to understand that to get the premium content that could really help them make a profit, they were going to have to pay for it. Now, there’s a number of new sign-ups coming off the Twitch channels for the training sites.”

Now, Twitch and structured training can go hand in hand. Whereas Twitch is much more stream-of-consciousness, according to Fitzgerald, “To have a business with personal consultations, you have to use an actual lesson plan. You need to be able to ‘diagnose’ what a player’s leaks are rapidly and not spend an hour mumbling through some hand history.”

What does a man with $3.2 million in career scores including a WCOOP bracelet, Sunday Second Chance win, and multiple major final tables want in 2016? Apparently, it’s all about the volume, not the Benjamins.

“My goals in poker are fairly simple,” he explained. “I find when people set earnings goals, they usually end up making desperate moves to reach them. My goals are primarily with volume. I’m trying to play at least four sessions a week to keep practicing. My other goal is to never give away a tournament. I want to look back on every hand and see the logic I was applying. I can fix faulty logic easily; I can’t rapidly fix poor discipline.”

Claim your 25% discount on Fitzgerald’s popular video packs before Sunday, January 31 at SpinAndGoStrategy,. You can also reach him via email at Assassinatocoaching@gmail.com and watch him on Twitch here. His blog is PokerHeadRush.com.