On Saturday, Alex Foxen tweeted that he was looking to make some bracelet bets for the 2019 World Series of Poker. Sifting through the responses, it appears he found a few takers.

One of the first players to pop into Foxen’s mentions was recent WPT L.A. Poker Classic winner David ‘ODB’ Baker, who offered $20,000 per bracelet against Foxen. After a little bit of back and forth between the two, they settled on the original offer from Baker at $20,000 per bracelet.

Baker then tweeted that his “shop is open for business” and took in a few “friendly” offers of his own. He booked $2,000 per bracelet with both Brandon Shack-Harris and Brian Hastings. 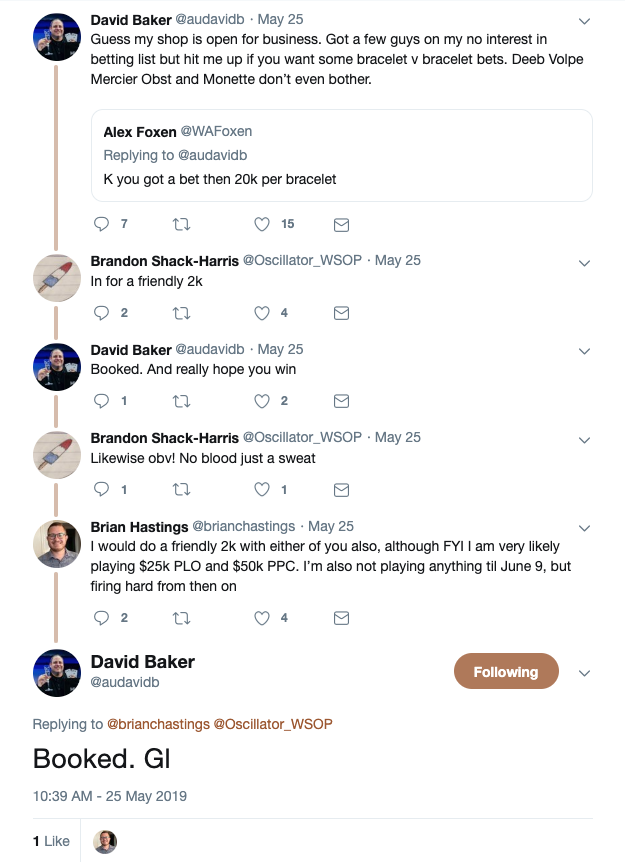 Back to Foxen, Adrian Mateos was one of the players to join in the fun. He asked Foxen if he’d bet on mutual no-limit hold’em events played and it appears Foxen accepted. If they were accepted, the two likely worked out the details out of public view. 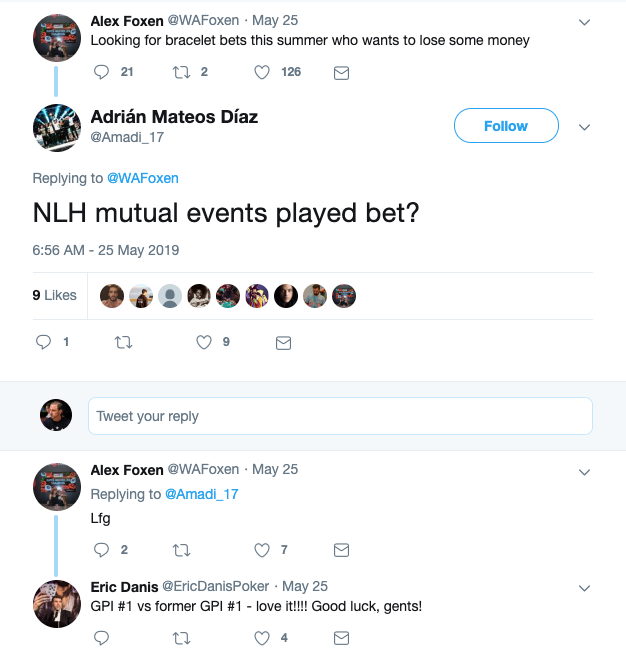 Rainer Kempe was next in line and offered a similar bet to what Mateos did, for mutual no-limit hold’em events played. If we’re understanding the details correctly, Kempe and Foxen are on for the first bullet of every no-limit hold’em event they both play this summer. A min-cash wins $1,000 from the other person, an official final table appearance wins $5,000, and a bracelet wins $25,000.

Dominik Nitsche chimed in at the end and said he’d like the same bet, but there was no visible confirmation from Foxen. Foxen did like the tweet, though. 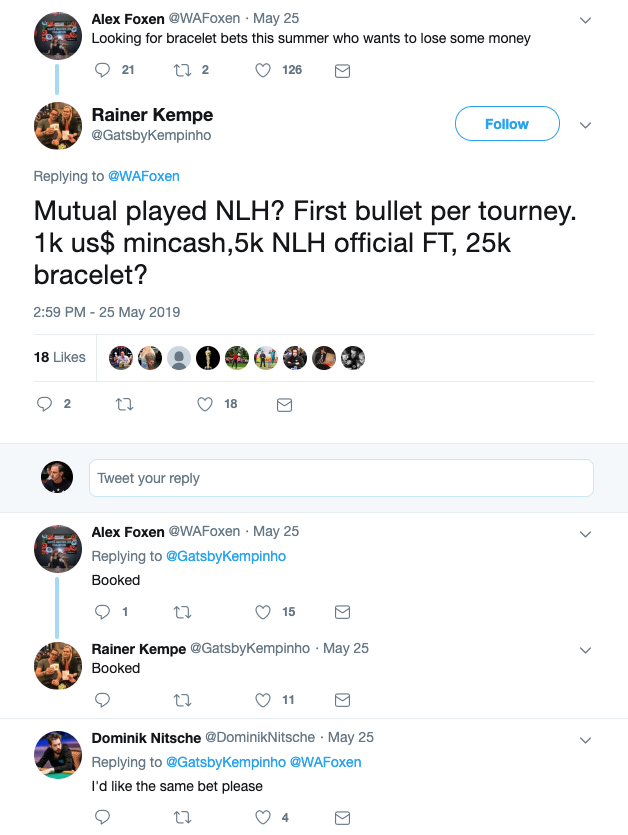 Foxen had just four cashes at the 2018 WSOP, but one of those was a final table to kick off the summer. At the 2017 WSOP, Foxen cashed 14 times and then added two more cashes at WSOP Europe. Among those cashes in 2017 were two final tables and three other top-15 finishes.