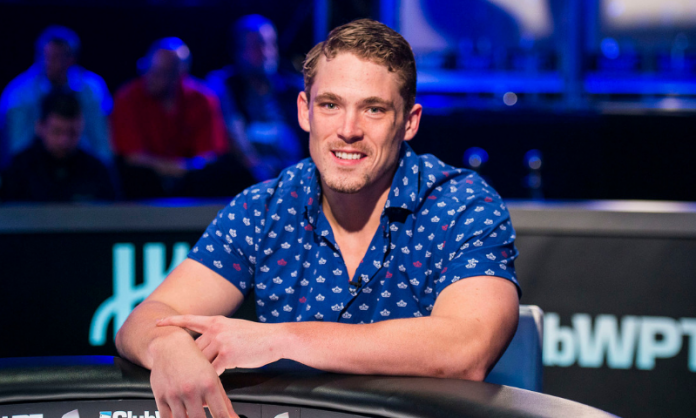 Alex ‘SploogeLuge’ Foxen stormed onto the poker scene in 2017 with a year that saw him win more than $1.7 million on the live felt. His 2018 turned out even bigger, as Foxen earned nearly $4.5 million ahead of the December Super High Roller Bowl. A large portion of those winnings came in the later stages of the year, and with the way Foxen is performing right now, the Super High Roller Bowl could end up being quite the icing on the cake to cap off an incredible 365 days.

“It feels really good,” Foxen said of all the success he’s enjoyed in 2018. “I’ve definitely worked really hard in the last few years and seeing it pay off feels really good. I’m just trying to keep getting better.”

Like in any area of life, confidence can translate to success, and that’s often something you see at poker tables around the world. At times, success in poker is simply a result of everything coming together. Other times, it’s an adjustment or two that one makes to his or her strategy. For Foxen, it’s about understanding there’s always room to improve and a nonstop willingness to put in the work to do so.

“I think just the constant attention to the fact that you’re making mistakes every day,” Foxen said when asked if there’s anything differently he’s doing lately in regards to his game. “I think that’s one of the things that gives me room to improve. I’m just constantly looking for things that I’m doing wrong, whereas I feel like some people may become complacent in thinking that they’re playing spots well or they will take a profitable line when it may not be the most profitable. I’m just focusing on trying to play as well as I possibly can everyday and fix mistakes that I made the day before.”

One thing Foxen is certainly doing differently this year is competing in the mammoth buy-in Super High Roller Bowl that comes with a $300,000 cost of entry.

“It’s really cool,” Foxen said of competing in the Super High Roller Bowl. “It’s a really cool experience to be here. It’s a lot of the people I play with all of the time, so as far as the player pool is concerned, it’s not really anything new to me at all. I’ve been playing a lot with these people in the last year or so. It’s nothing too new in that regard, but as far as the attention of the event and all of that, it’s really cool.”

Whether or not his Super High Roller Bowl experience turns into another big payday for the football player turned poker player, Foxen closed out 2018 in impressive fashion. He was recently featured on PocketFives in the ‘Movers & Shakers’ piece thanks to rising to a new all-time high in the online poker rankings. As November came to a close, Foxen won the PokerStars $1,050 High Roller Club Sunday Supersonic for $43,057, among several other big scores, and he carried that momentum over into December when he won big at the WPT Five Diamond World Poker Classic in Las Vegas.

Whether or not his play in the Super High Roller Bowl results in another impressive score for Foxen is left unsaid. What we do know is that he’s proven he wasn’t just a one-hit wonder and is here to stay, especially if he continues to put up big result after big result in what can only be described as dominating fashion.

“I don’t really have any, as far as poker’s concerned, specific goals in mind,” Foxen said when asked about his greater career aspirations. “Being the best is always the goal. That’s just a constant attempt that you’ll really never make it to, so there’s always something new to strive for.”

The Super High Roller Bowl Smith is being aired on the online subscription-based PokerGO, and you can get $10 off an annual subscription through using the code “Pocket5s” when signing up.