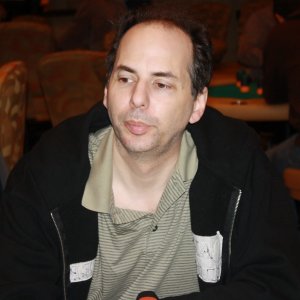 Recently, one of the more vocal members of the poker community, Allen Kessler (pictured), stood up to one of the up-and-coming poker rooms in North America regarding tournament entry fees, which erupted into a full-scale, public battle on a few fronts.

On Tuesday, Kessler issued a post on his Facebook page that pointed out a difference in what Montreal’s Playground Poker Club, the host for the upcoming World Poker Tour Montrealtournament, charges for “juice” versus other casinos and card rooms.

In a Twitter discussion with Playground, Kessler pointed out that the standard in the casino industry was a $3,200 tournament entry fee with $300 in “juice.” Since last year, Playground, Kessler stated, has been charging $3,395 and $455. “Exactly what does the player get for that extra $155 that Playground completely pockets (and don’t say the muffin buffet),” Kessler queried.

This is where the conversation took a turn for the worse. In response, the Twitter representative for the Playground Poker Club wrote that it wasn’t the “same event” and went on to say that the “quality of service and amenities is unlike any other poker room. Everyone who has been here (aside from you) agrees that Playground provides an experience unlike the ‘standard’ poker room.”

The final straw came with the finishing comments to Kessler from Playground: “People realize the fees are higher. However, they all understand why… except for you. No one is asking you to come and I assure you that your presence is not missed.” 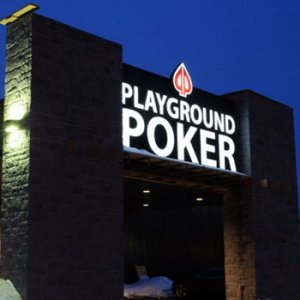 As to be expected, a flood of support came in for Kessler across his Facebook page. One person noted, “Nothing special about that room, certainly not worth an extra $155 per entry.” Another poster pointed out that the WPT should have an issue with a host casino raising its “juice” by more than 50%.

Playground Poker Club honchos, realizing there was an issue brewing here, not only over the tournament fees but also the treatment of Kessler by its customer service staff, quickly put the PR machine into overdrive. While not mentioning Kessler directly, a press release from Playground stated, “Earlier today, the official Playground Poker Club Twitter account sent out a regrettable Tweet directed at one of the poker community’s best-known characters. Playground’s top priority… [is] to provide the best customer service in the industry… Today’s Tweet was completely contrary to that ongoing mission.”

Playground went on to “assure the poker community that the words directed towards Mr. Kessler do not represent our brand or our values. The opinion of one passionate employee managed to get the better of him and he was held accountable.” The release apologized to the poker community for “one person’s lack of judgment that publicly jeopardizes our reputation.”

This isn’t Kessler’s first run-in with Playground. In 2012, Kessler questioned the exchange rate between the Canadian Dollar and the US Dollar and, at that time, stated he would never return. Kessler is also one of the most vocal players in the game on such issues as tournament structures and the amount of rake and, through his efforts, some changes have come about. Because of Kessler’s open nature in discussing these subjects, however, he has rubbed some people the wrong way.

As of Wednesday, Kessler hasn’t stated publicly that he will be in Montreal for the tournament. Whether he is or isn’t, the discussion of tournament poker fees is one that poker players will continue to keep an eye on as they continually increase.