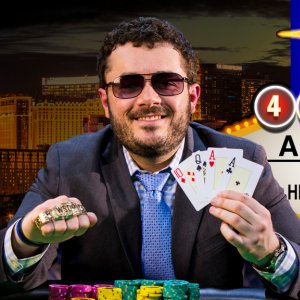 Until Wednesday night, Anthony Zinno (pictured) had been having an impressive World Series of Poker, but had yet to capture his first bracelet. He had four top-seven finishes already and was coming off being crowned the World Poker Tour Player of the Year. Now, he’s on his way to becoming the 2015 WSOP Player of the Year after taking down a $25,000 Pot Limit Omaha event.

Zinno told WSOP officials after the High-Roller PLO event had ended, “I have to say – winning the LAPC back-to-back was such a shock. That gave me three WPT titles, but this is my first gold bracelet, which is something you never forget. So, they are equal in different ways.” The 33-year-old has 12 in the money finishes at the WSOP.

Zinno explained what winning a bracelet over an incredibly tough final table meant: “I’ve been coming to the WSOP for eight years, so this is something I really wanted longer. This is certainly my best day as a poker pro and it was made even better by winning it in a game I love, which is PLO, and also against a very skilled final table, which is something where I can take extra pride in that.” 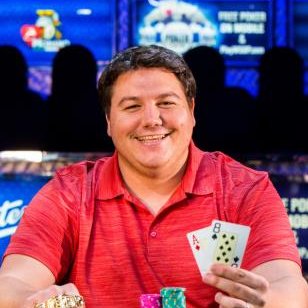 Zinno is second in the 2015 WSOP Player of the Year race to Mike Gorodinsky using a new formula developed in conjunction with Global Poker Index. When asked for the reasoning behind his hot streak, Zinno said, “Mathematically speaking, you can’t explain this run I’ve had. Making five final tables is just incredible. Obviously, there is some luck involved, but I beat the odds. It’s a statistical anomaly.”

The Boston native and resident added that he wanted to use his win as a metaphor for life: “I hope people see that you can do something different. I want to encourage people to get good at something and pursue it, not just in poker, but music or art or whatever. You have to give it a shot if that’s what you really want and you have to work at it too.”

Among those congratulating Zinno on Twitter was Mike Sexton, who said, “He’s the WPT POY & has a good shot to be WSOP POY as well. Great player/great ambassador. Congrats!”

PocketFiver Christian charderHarder finished in third place. It was his 31st career WSOP cash. Eighth place went to 2015 bracelet winner Shaun shaundeeb Deeb (pictured above), who is third in the Player of the Year standings. Here’s how the final table shook out: