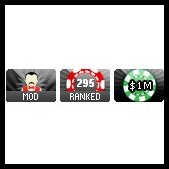 Last month, the online poker forums here at PocketFives erupted when ApesAreFunearned his $1 million cash badge. Support poured into a Poker Community thread, where a bundle of brand name and longtime PocketFives members chimed in. ApesAreFun collected his badge in style after winning the Big $162 on PokerStars for $17,000; his next one will come when he’s racked up $2 million in winnings.

Comments in the thread included, “Nice job bro shipping the Big $162 and getting the $1 million badge” and “Congrats Apes! I take it your AA and KK held up for once!” Amazingly, his four largest cashes on PokerStars have all come in $162 tournaments between May 2010 and January of this year. He has seven five-figure scores on PokerStars over the course of his career.

ApesAreFun has been part of PocketFives for the last five years and is perched at #285 worldwide in the PocketFives Rankings. He told us in an exclusive interview what it felt like to log onto the site and see all of the congratulatory messages: “It means a lot to me. PocketFives has always been a great place to talk about poker and other things.” He’s currently #7 in the PocketFives Sortable Poker Rankingsfor his home country, a leaderboard that features MarkusG at the top. 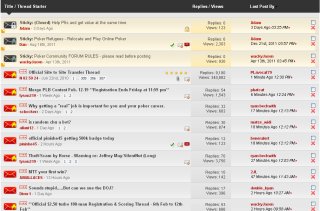 In the last five years, he’s found time to create nearly 6,000 posts on PocketFives, a pace of about 1,200 per year. He has been incredibly active on the boards and told us how he has found time to contribute so many posts: “I guess you can find a lot of time for it when you sit in front of a computer for so many hours playing poker. It’s just nice to browse through PocketFives when you get short on tables.”

If you take a look at ApesAreFun’s profile, you’ll notice a shiny “Mod” badge as well. The Norwegian has been a Mod on PocketFives for the last three years and shared what it’s like to police the forums: “It’s been great. I’ve learned so much about how to run a site like this smoothly and I love helping out on a day-to-day basis in the place that kind of got me into poker. I got a PM from dhubermexback in 2009 where he thanked me for all of my helpful posts in Poker Discussion and asked if I wanted to get more involved. I have to say, I felt honored when he asked and I obviously said yes immediately.”

His largest tracked score to date came in September 2010, when the Mod finished fourth in the $750,000 Guaranteed for $41,000 on the now inactive Full Tilt Poker. Not surprisingly, he told us that the score was the highlight of his poker career to date. Last May, ApesAreFun finished third in that site’s Turbo Hundo for nearly $13,000. He’s up to $1.03 million in tracked online cashes to his name, nearly 30% of which has come on PokerStars, the world’s largest online poker room.

There are a variety of online poker forums and informational sites out there, but we asked ApesAreFun what makes PocketFives unique. Why has he gotten hooked on our site? He responded, “It’s an easy site to read and browse, unlike some other forums and communities that just didn’t appeal to me at all. Also, the rankings for MTT players make this a perfect place to be for any MTTer.” Last December, he was positioned as high as #247 worldwide and currently has a PLB score just north of 3,300 points, good for the 98th percentile.

The PocketFives Mod closed by dropping several names: “I want to say thank you to my friends that I chat online on a daily basis with, especially ImDoneCallin, skydiveoslo, and mendezoo. It’s amazing that you guys keep up with all of my whining about running bad. And also a big thanks to PocketFives – I wouldn’t be anywhere near the player I am today without this site.”

Add your own congratulatory message by commenting here or visiting the thread in Poker Community.