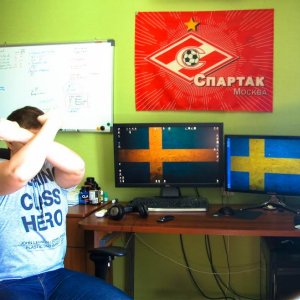 We’ve done a lot of interviews here on PocketFives featuring players who have won some of the largest tournaments offered on a weekly basis. Recently, Russia’s hellohellohello(pictured), whom we’ll refer to as H3 from here on out, won the 888 Poker Sunday Challengefor $23,000, an iPOPS event for $25,000, and the PokerStars Sunday 500 for $65,000 officially. All three scores, which combine for over $110,000, have happened in the last two months.

The 23-year-old Russian player from Togliatti told us he “plays $109 Rebuys on my own and I hate nits.” How has he managed to be so successful in the last eight weeks? He touts a pretty simple recipe for success: “How did I do it? Easy! I was just winning coin flips and fighting for each ante. In general, my victories happened at the right time.”

He said of his iPOPS score, “I managed to make the top 18 using two entries. I made a deposit right before the session to be able to do so. I was playing really well using both entries. At the final table, I was lucky to be seated on the opposite side of the table as the top regs, so they didn’t give me a hard time. And then it was an easy game for me until heads-up play, where I managed to win by making a fortunate hero call against joaomathias.” The hero call resulted in his largest career cash at the time.

Nine days after the iPOPS win, the 888 Sunday Challenge served as his stomping ground. The tournament happened on the same weekend as the PokerStars SCOOP Main Event and, as H3 put it, many of the game’s top players were likely more focused on SCOOP than on 888.

“The 888 tournament was scheduled at the same time as the SCOOP Main Event,” he said. “Apparently, the top regs were focused on the $10K and, therefore, the field in the later stages of the 888 tournament was pretty soft. My heads-up opponent deserved the victory more than I did, but the RNG was on my side.”

His Sunday 500 win came on June 1 and has helped boost his total cashes on PokerStars to over a half-million bucks. 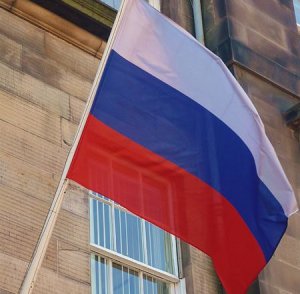 H3 is the top-ranked PocketFiver in the city of Togliattiand #4 in Russia. Worldwide, partly on the strength of his Sunday 500 win, he has shot up to #94, his highest ranking ever. He said of his homeland, “The Russian community is very friendly. But in case you suck out on your colleague in a deep run, be ready to get a punch to your face and liver. Ha-ha, just kidding of course! Just the face.”

We’re pretty sure that’s the first time a liver punch has ever been mentioned in an interview, so we’re definitely charting new territory. He admitted, “Russians don’t have the best reputation in the world, but in fact we have many good poker players and vivid personalities.” In case you’re wondering, there are just over 1,000 Russians with PLB scores on PocketFives.

H3 has eight online MTT scores of at least $10,000 and is closing in on 1,900 in the money finishes overall. He plays as hello_totti on PokerStars and Full Tilt and hellohelloooon 888.

We asked what qualities he thinks make for a successful MTT player nowadays. After all, this author has been in the industry for eight years and has seen our world spin upside down multiple times. “Discipline, psychological stability, controlled ego, and aces on the button,” he jokingly responded.

If you don’t have an 888 Poker account, sign up through the links on PocketFives to get a special 100% up to $600 deposit bonus (normally 100% up to $400), $88 free in most locations, and one free month of PocketFives Training with no signup fee. Get started here.