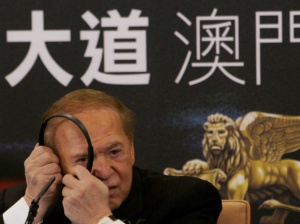 A confidential Las Vegas Sands China reportunearthed during a wrongful termination suit against billionaire casino tycoon Sheldon Adelson suggests that Chinese officials feared the casino was rife with US intelligence agents looking to exploit the gambling habits of government employees.

The report, commissioned by Sands Chinaand compiled by a private investigator in 2010, reveals Beijing’s concern that the Macau casino was teeming with CIA assets. “Many of the officials we contacted were of the view that US intelligence agencies are very active in Macau and that they have penetrated and utilized the US casinos to support their operations,” the report said.

The report was written amidst concerns that the Chinese government was growing hostile towards the casino. It was uncovered by the Investigative Reporting Program at the University of California – Berkeley among documents filed during former Sands China chief Steve Jacobs’ suit against his former employer and Adelson.

“A reliable source has reported that central Chinese government officials firmly believe that Sands has permitted CIA/FBI agents to operate from within its facilities. These agents apparently ‘monitor mainland government officials’ who gamble in the casinos,” the report revealed.

Indeed, one of the most effective ways for intelligence agencies to recruit assets is by taking advantage of those with gambling problems. The report goes on to say several People’s Republic of China government agencies have reported “evidence” of US agents operating inside Sands and entrapping Beijing officials “to force them to cooperate with US government interests.”

For its part, Sands has described the report as a collection of meaningless speculation. Sands VP for Global Communications Ron Reese described the document is nothing more than a good idea for a Hollywood film. 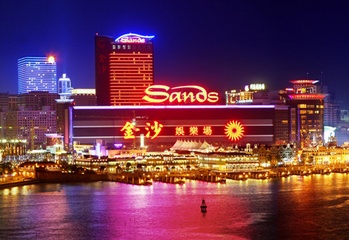 Beijing has become worried about the amount of money that its officials are gambling in Macau. The confidential report estimates that $2 billion is lost annually by serving government officials in the enclave’s casinos. China’s government employees earn a relatively small salary and it’s illegal for mainland Chinese to transfer more than $50,000 to Macau for the purposes of gambling.

To get around those restrictions, high-rollers join junkets, or casino trips during which players borrow money from operators and pay it back after the trip is over. These junkets are the bread and butter of the Macau gambling industry and something which Adelson’s Sands Chinahas leveraged to bank massive profits.

According to Jacobs’ suit, Adelson continued to work with junket operators with known ties to Chinese organized crime organizations called triads, even after he was warned of the questionable legality of the relationship.

Jacobs also claims that he was tasked by Adelson to commission investigations on the private lives of key government officials. The former Sands China chief believed that such reports were meant to be used as a tool to blackmail Chinese officials and further the casino’s interests. 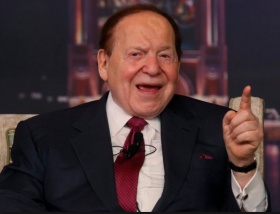 The document reveals Beijing’s animosity towards Adelson personally for his blunt and brash style. In one notorious incident, the billionaire bragged that a new expansion to his casino would take Macau to a whole new level. From that moment on, officials saw Adelson as a threat to their authority inside the enclave.

“Mr. Adelson’s apparent remarks were subsequently and directly quoted during a number of internal conclaves and meetings. This ‘incident’ is reported to have made him ‘infamous’ amongst some mainland officials and departments,” the report said.

The report gives us insight into Beijing’s decision to crack down on money laundering and corruption in Macau. That campaign has crippled the industry there, scaring away high-rollers who prefer not to being scrutinized by the government. The crackdown has led to a nearly 40% decline in revenue compared to the same period last year.