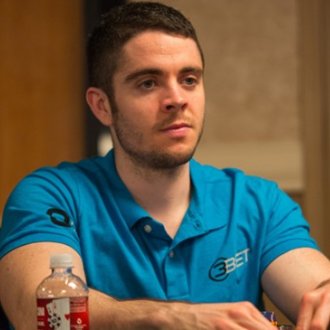 Billed as the most expensive poker tournament in internet history, the 2015 PokerStars World Championship of Online Poker $51,000 Super High Roller Eventconcluded on Monday with Ben Bttech86 Tollerene (pictured) outlasting 45 competitors to take down the title and over $600,000.

When the tournament began on Sunday, just 23 players were registered, but with satellites still running and late registration available, that number doubled by the time registration closed. With the immense buy-in, the field was a virtual “who’s who” of both online and live poker.

With such a small field, the tournament only paid to six places, meaning that not even all of the players who made the final table would cash. By the time Monday’s Day 2 rolled around, there were just eight players remaining. Nikita fish2013 Bodyakovskiy, Nopaleva, and cuffmewere all seriously short stacks, so the three of them may not have gotten the best night’s sleep thinking about how they were going to make it past the money bubble. 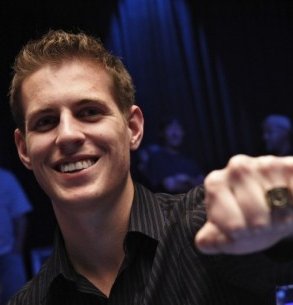 For his part, Tollerene was in fourth place to begin Day 2 with 193,912 in chips, but it was a close race in the top half of the standings, as Mike timexMcDonald (pictured) led with 237,712. Tollerene took out cuffme in eight place and soon thereafter took over the chip lead. A while later, Bodyakovskiy busted David Davidp18 Peters in seventh place, popping the money bubble.

Eventually, it came down to Tollerene and Latorre for the title, with Tollerene holding the chip lead, 665,280 to 484,720. As the PokerStars blog stated, it seemed like heads-up would take a while since the blinds were only 3,000/6,000, but it turned out to require only five minutes to determine a champion. Latorre whittled down Tollerene’s lead over the first few hands, but then the fireworks went off.

Latorre raised to 13,500 pre-flop, Tollerene raised to 42,000, and Latorre called. On the flop of 9d-Td-7s, Tollerene check-called a 42,000-chip bet from Latorre. They both checked the Jd on the turn, but when the 6s was dealt on the river, Tollerene went all-in, a bet which Latorre called. Latorre had a very healthy pocket nines for a set, but Tollerene’s hole cards were 8h-7h, giving him a turned straight and the WCOOP $51,000 Super High Roller title.

With the win, Tollerene has now earned over $2.5 million in online tournaments, including a $200,000 win in the 2013 PokerStars Spring Championship of Online Poker $21,000 Heads-Up High Roller Event.