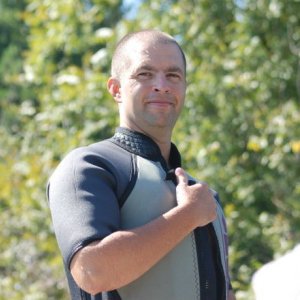 Ever hear someone say they don’t like Pot Limit Omaha or PLO/8 because there is no way to bluff? If so, you have identified someone you want to be playing against who is missing out on a big part of the game. I play in some of the loosest games you can find with plenty of action and a mass of players who are getting to showdown with a high percentage of hands. Even with that, I find myself bluffing and betting blockers often enough to have a significant impact on my overall results.

In almost any game with a bunch of loose players who tend to call, you are usually going to find a couple of tighter players trying to combat the looser styles of their opponents by playing premium hands and rarely getting committed to a pot without the nuts. One of the first things I do when I sit down to play either version of Omaha is figure out who the “lock” players are and what their positions are relative to the action players who are difficult to move off of any sort of a hand.

To not get destroyed in any Omaha game, it is imperative to be able to identify the nuts, be aware of paired boards, and not get too out of line with flushes or straights that aren’t the best. Even many of the mid-range, active, loose players know that a nine-high flush on a paired board isn’t going to win them many huge pots. In Hold’em, any flush using two of your hand is pretty hard to get off of and most of the time in a decent game, an overpair or even top pair is worth getting a fair number of chips in the pot with.

So, in a game where players are more aware of what the best possible hand is and you are often playing hands with an ace, it is not an uncommon situation to show up with an ace in your hand of the suit that is showing a made flush or flush draw on the board. Knowing that I may encounter this type of situation numerous times over the course of a session, I then have to decide what other elements are going to go into when I try to take down a pot by betting a blocker.

Like almost any other play or move in poker, whether it be stone cold bluffing or value betting the nuts, being aware of stack sizes, player tendencies, and position is key. If one of the players you have identified as mid-range and active is in the pot but only has a few chips left, there is no point in betting the blocker only to hear him say, “I’m sure you have me, but I don’t have enough chips to fold.”

If you are playing PLO/8 with a player willing to call bets just to draw at a low even when he has no chance at making a good high hand and there are a couple of low cards on the board, then betting a blocker in that spot isn’t a great plan either. 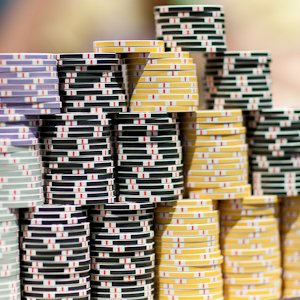 I’ve found two of the most common spots I am able to successfully bet the blockers are when I am in position in a pot that has multiple players pre-flop for a relatively small amount and when I am in a two- or three-way pot with at least one “lock” player who has some chips in front of him.

In the limped pot situation, nobody has too much invested in the pot chip-wise or emotionally, and this makes it easier for them to get away and also limits your exposure trying to take the pot down. If the flop comes all spades and I have the ace of spades, I am betting when it gets to me or calling a small bet against the right players if there is a flush draw on board with the intention of betting and winning the pot when the flush card hits.

In the other situation, the pots tend to be bigger and my reputation as an aggressive player who never lets up helps me. While a player may be willing to call my bet on the turn with a smaller flush, they know that the next bet is coming on the river and is going to cost them even more, so there are a few players I can target in these situations to get them to give up on some pretty strong hands just out of the fear of the next bet. Most of the time, if they call the turn bet, I shut down on the river unless there was a strong low draw on board that missed, in which case a I reevaluate but often will go ahead and fire again.

If you are going to play PLO or PLO/8, you need to find ways to pick up pots without winning at showdown, and betting blockers in the right situation is a great way to do so. If done correctly, it is highly effective, can help you get action when you make a hand, and rarely gets you caught in a bad spot where it can cost you a large amount.

Court Harrington has worked on the business side of the poker industry in roles including tournament reporting for PocketFives, radio hosting for PokerRoad Radio, coaching for the WSOP Academy and privately, and a variety of behind-the-scenes responsibilities for poker media businesses. He also plays in cash games and tournaments. Harrington is currently doing consulting work and exploring business opportunities outside of the poker industry. You can contact him at Court@CourtHarrington.com.