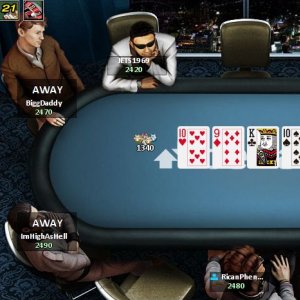 According to US Poker, Betfair has officially closed its online poker room in New Jersey after it had largely been a non-factor. As the site outlined, “Betfair New Jersey posted $0 in October 2014 poker rake, according to tax returns filed with the New Jersey Division of Gaming Enforcement. Its poker tables earned $1 in September. Betfair New Jersey’s poker rake through the first 10 months of 2014 was $50. Betfair Poker raked $90 in the five weeks it operated in 2013.”

Betfair had struggled to find footing in the New Jersey market and wasn’t helped by the fact that its land-based partner, Trump Plaza, shut down in mid-September. New Jersey officials gave Betfair an extension to find another land-based partner and it ultimately hooked up with Caesars Entertainment and later Golden Nugget.

According to US Poker, “The poker index page on Betfair New Jersey’s website has been removed. A cached version of that page in Google refers to a poker install guide, which is also offline. Betfair New Jersey’s poker platform does not display any tables when launched.”

Betfair is largely focused on odds-making outside of the US, while its non-US poker room makes its home on the iPoker Network. As one member of PocketFives put it in a thread on our New Jersey Poker Community page, “Largest bookmaker in the world – they took a shot – no biggie.”

Betfair’s online casino in New Jersey continues to operate despite the departure of the poker room and appears to be performing quite admirably. As US Poker detailed, “Betfair New Jersey’s casino games have performed significantly better than its poker product. The company reported a win of $855,869 from its online casino games in October. The total casino win through the first 10 months of 2014 was $6,677,288.”

Betfair is the second regulated online poker room to shut down in New Jersey, joining Ultimate Poker, which left the Garden State in September. Shortly thereafter, Ultimate Poker closed down its operations in Nevada.