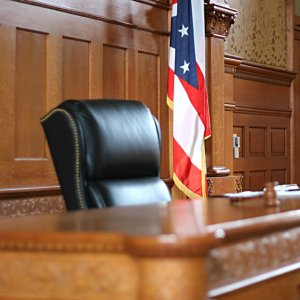 On Monday, New Jersey gaming officials and Borgataannounced the resolution to the counterfeit chip incident that plagued the first event of the Borgata Poker Open in January. At the time the fake chips were discovered, the tournament was frozen with 27 players remaining. As we told you on Monday, the New Jersey Division of Gaming Enforcement ruled that those 27 players will each receive $19,323, while over 2,100 entrants will receive their buy-in and fee back, a total of $560 per person.

Since the ruling was made, reaction has been swift in the poker community. Poker players took to the forums on Two Plus Two to express their feelings, most of which was outrage. The problem most people have is that the top 27 players are receiving a little more than half-a-million dollars collectively, while they were actually playing for about $1.4 million that remained in the prize pool. The difference is going to the players who did not cash but were ruled eligible for a refund.

As Thomas “SrslySirius” Keeling put it, “That just seems absolutely horrendous to me.”

Many posts reflected this same sentiment, calling the ruling a “robbery” and “terrible.” Many have suggested that the final 27 players seek legal counsel and there’s already a class-action lawsuit pending. A few of the 27 posted in a thread, frustrated and torn on what to do.

Jack Rocaberte, posting under the screen name “Pair Draw,” said, “Unreal. I’m torn right now. I’m 7th in chips, which is well above the middle of the pack. Idk whether to waste the ‘winnings’ on a lawyer or suck it up.”

Another player, “Pninwin,” wrote, “Just got email from Borgata letting us know they will be mailing our check for $19,323 over the next 10 days… No acknowledgement that the full prize pool is not being allocated to final 27 or suggestion that we should expect any more.” 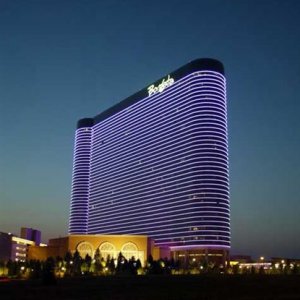 Nick Guagenti, who was second in chips when the tournament stopped, Tweeted, “E-mailed and received a response from Joe Lupo, Borgata VP. Decision is final. Borgata has washed their hands of the situation.”

Not everyone thinks it’s a horrible decision, though. Poster “Lovesantiques” said, “I can see this from more than one perspective. On the surface, yes – the 27 are getting shafted. However, if play had not been affected, then who knows what the actual outcome might have been.”

Poster “frommagio” opted to give Borgata and New Jersey gaming personnel the benefit of the doubt, writing, “It seems to be reasonably fair, and well thought out – largely along the lines of what I anticipated. I did expect that there would be a slowly increasing payout according to stack size for the final 27, but instead they chose to pay everyone the same. I can’t really argue against that, however, since (a) the larger issue was dealt with, ensuring that all the affected players who busted out receive refunds, and (b) the nominal final 27 are making out pretty well compared to other players who are just as deserving.”

But still, the overall tone of the reactions is anger. One poster summed it up for many. Named “Oneof27,” presumably because he is one of the 27 players remaining in the tournament, he wrote, “They stole 2/3 of the remaining players prize pool to pay the bust-outs. When they determine the payouts, it is all done by a percentage of the prize pool. 450 – 28 all have received the original payout as a percentage of the total prize pool. Why? Why does the burden fall on the 27?”