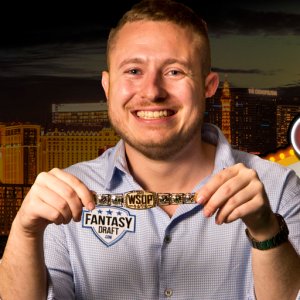 Brian Hastings(pictured), known on PocketFives as Stinger885, won his second career World Series of Poker bracelet on Saturday night in a $10,000 Seven Card Stud event. His reward was $239,000, which came after outlasting a rock solid final table in which the top three finishers were all members of the PocketFives community.

The longtime nosebleed-stakes online poker player told WSOP officials when all was said and done, “This tournament is more meaningful because it’s what a lot of the older, more established players played for many years. Anytime you win, it feels good… I felt really good coming into this year’s series. I came in with some high expectations. I thought I was in a very good place, with my girlfriend here with me and really on top of my A-game.”

Seven years ago, Hastings posted online that he was “totally lost” at Stud and was looking for books to help him learn the game. Now, he’s won the most prestigious Stud tournament around.

At the start of the 2015 WSOP, Hastings was quite active on Twitter making bets with other members of the poker world. WSOP officials said, in fact, that he made some “substantial wagers” that apparently mean over $400,000 is coming his way: “It’s about twice what the top prize money was for this event,” he said. “But I won’t say who it was with.” He offered 3.3-to-1 to win a bracelet. 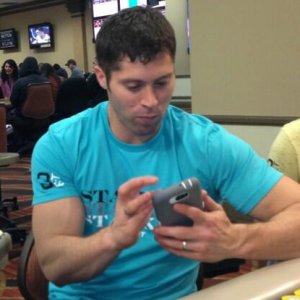 Hastings now has over $1.1 million in WSOP winnings and recorded his fifth cash in Las Vegas this year. The 26-year-old’s other bracelet came in 2012 in the Heads-Up No Limit Hold’em Championship and was worth $371,000. He now has 14 WSOP cashes and seven final tables.

Dan djk123Kelly took third place in the $10,000 Seven Card Stud event. Like Clements, Kelly has two WSOP bracelets, including a mammoth $1.1 million hit in 2010 for winning a $25,000 No Limit Hold’em Six-Max event. He used to be a staple of the PocketFives Rankings and was ranked #1 as recently as 2009.