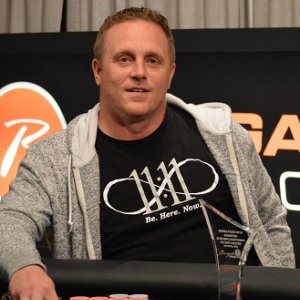 Last Friday, Brian Lemke (pictured, image courtesy SPO), known on PocketFives as ship_the_perc, came away with the win in the Borgata Spring Poker Open Main Event in Atlantic City, earning $276,000. However, according to the event’s blog, winning was anything but easy: “He bagged 31,700 chips at the end of Day 1 – just barely more than the 30,000 starting stack. He bagged 235,000 at the end of Day 2 – less than the 253,000 average. He entered the final table with 2/3 of an average stack.”

This is the third time Lemke has won a tournament at Borgata. He took down a $560 No Limit Hold’em Re-Entry event during the 2012 Borgata Spring Poker Open for $111,000 and won the same type of tournament a year later during the casino’s Winter Poker Open for another $37,000. Last week’s victory came in a $2,700 buy-in event that had 447 entries.

If you’re an avid reader of PocketFives, then you might remember that Lemke took down a World Series of Poker bracelet in 2009in a $5,000 No Limit Hold’em tournament for almost $700,000. He defeated Fabian Quoss in that event, which drew 655 entrants.

Lemke had a critical double-up to set up his big win. According to Borgata, “Right when it looked like Andy Spears was going to run away with the trophy, Lemke doubled up through Spears to gain the chip lead and never gave it back. When he knocked out Ben Zamaniin fourth place and stacked up more than 60% of the chips in play, it was only a matter of time before he claimed another Borgata trophy.”

Lemke has $516,000 in tracked online tournament winnings in his PocketFives profile, all of which came before Black Friday. He won the Super Tuesday in 2010 for $77,000, his largest online score to date.

Congrats to Lemke on his big live win!