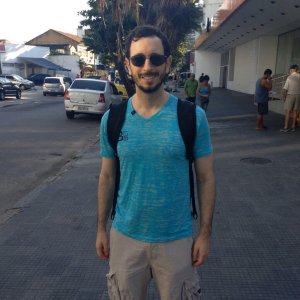 High-stakes poker pro Brian tsarrastRast (pictured) cashed five times in this year’s WSOP, but only earned a little more than $50,000 for his efforts. For someone with a track record as stellar as the 33-year-old’s, the series could be considered a disappointment. But his summer changed dramatically after winning his seat into the $500,000 buy-in Aria Super High Roller Bowl in a $25,000 satellite and going on to take first place for $7.5 million.

In a podcast with poker mind coach Elliot Roe, Rast described the strategies he used to focus and turn $25,000 into a seven-figure score.

According to the poker pro, three satellites into the tournament were offered, but only the first and third gained enough players to award the full amount of the seat. The payout structure was daunting, with first taking the $500,000 entry, second winning $25,000, and third place receiving nothing. Rast bested the field in the first satellite and called the massive jump in prizes “the biggest bubble of the summer.”

Rast revealed that although he had won his $500,000 entry, he still ended up selling pieces of himself. “It was great because now I was going to make money on the $500,000 no matter what,” he said. “It was a great spot to be in. There was no stress in the [tournament]. It wasn’t like I would be out of whatever [money] I kept of myself. It was nice.”

The high-stakes pro described his bankroll management as conservative compared to younger players. “I believe that many poker players younger than me, given my bankroll, would keep a bigger piece than I would, butyou don’t win every tournament,” he added. “I like the feeling that, win or lose, it’s not going to matter too much to me.” 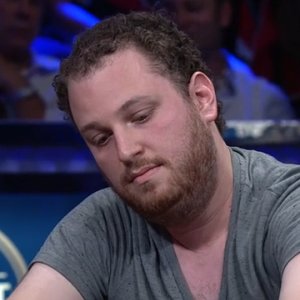 He discussed how he remained focused in the event, explaining that the high stakes involved captured his complete attention, unlike smaller buy-in tournaments. He also talked about listening to a meditative mantra on breaks, which he and his wife had been listening to at home. He also took her advice to avoid speaking to friends on the rail, which could damage his concentration.

His mental focus was put to the test during a hand in which Scott Seiver (pictured) took a massive pot with pocket eights versus Rast’s pocket kings. “I just told myself, ‘I’m still in it. I’m not going to let that bother me,'” he said. “That was a massive pot. It was for around 14 million of the 21 million chips. If I had won that, I pretty much would have had the tournament locked up.”

“Don’t give up until it’s all over. You can still fight and come back and win,” he said. “Why put yourself in a state of mind where you’re not playing your best?” He told himself he had plenty of time to complain over a drink with his friends after the event, but now was the time to focus on regaining the chip lead.

Big One for One Drop champ Antonio Esfandiari was on the rail and commented how impressed he was that Rast was able to compose himself and go “right back to work” in the tournament.

Soon after that hand, the tables turned back into Rast’s favor when he took out Connor blanconegro Drinan with pocket eights against Drinan’s queens. “The eight felt like it was sent there,” Rast joked. “Either God put it there or justice put it out there. Finally, I [hit] the eight and he was behind.”

Listen to the podcast here.