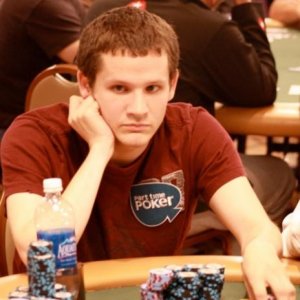 In the middle of August, nearly 7,500 players turned out for the weekly PokerStars Sunday Million, a $215 buy-in tournament. With a prize pool of nearly $1.5 million up for grabs, Adam Squee451 Sherman (pictured) was among four players who negotiated a chop. Sherman raked in $150,000, the second largest payout in the chop, and moved to over $4.5 million in tracked online poker MTT earnings.

“I’m very pumped obviously,” Sherman told PocketFives in an exclusive interview. “It’s what everyone hopes a Sunday will be.” Sherman’s stack tumbled from five players down to four, leading him to consider a deal. 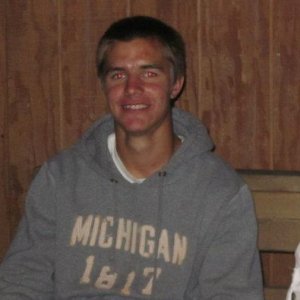 Also partaking in the chop was Canada’s Lockhurt(pictured), who can be found at #132 worldwide in the PocketFives Online Poker Rankings and finished in fourth place for $147,000. We asked Sherman for his observations on Lockhurt’s game. His response: “He was competent, but was playing very aggressively and capably. He took advantage of me at the table and really made life tough. I was lucky to have position against him. I thought he made a couple of mistakes, but overall was the only player at the table I was really worried about.”

Sherman plans to use his $150,000 reward for retirement and savings, saying, “I don’t plan on playing poker professionally much longer. I would like to continue coaching and go into something finance-related.” Sherman has been a member of PocketFives since the first quarter of 2010 and hit #3 worldwide in our Rankings that year.

We hadn’t heard Sherman’s name tossed around much recently, so we asked what he had been up to. He recalled, “I’ve been between the States, Argentina, and Canada. I haven’t been grinding as hard and I’ve been coaching a lot more than usual. I’m looking to change careers overall.”

He plans to coach on the side seemingly no matter what, saying he has been working with students from around the world. Moreover, coaching can help his poker game continue to develop even if he is taking a few steps back from the table: “I probably put in more work off the table than 90% of regulars in terms of self-study. I think a combination of off-the-table range work and having someone ask me why I made a play really help evolve my game. I did some sessions with whereisdonny analyzing some regulars’ play and I think all of that work was much more helpful than whatever time I spend grinding. I don’t learn as much when I play these days.” 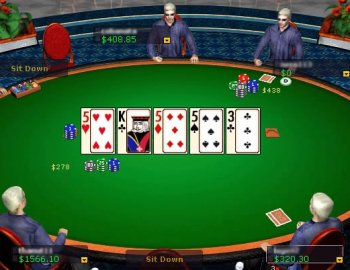 Sherman’s poker story began with Magic: The Gathering. His friends who played the card game found their way to Pacific Poker, where a free $10 turned into grinding Limit Hold’em and entering $5 tournaments. He told us, “I made a few thousand dollars and played part-time throughout college. I made $20,000 my sophomore year and wanted to drop out, but my parents made me finish school, which I was really happy about afterward. After graduating, I lived with a cash game grinder who taught me how to use poker tracking software and apply mathematics and game theory and I’ve been a full-time MTT player ever since.”

Sherman wanted to thank his friends, students, family, and fans who have supported him. He gleaned, “It definitely can happen to anyone.” If you’re interested in coaching, drop him a line on Twitter (@squee451). Also, be sure to check out the Coaching Directory here on PocketFives.

This week only, PocketFives is giving the first eight people to sign up through PocketFives’ links and deposit on PokerStars a free seat in a special poker coaching session with Mike Gags30 Gagliano. After you’ve signed up and deposited, e-mail support@pocketfives.com with your PokerStars user name. If it hasn’t otherwise filled up, this offer will end at 23:59 GMT on Thursday, September 5. Sign up for PokerStars through this link.