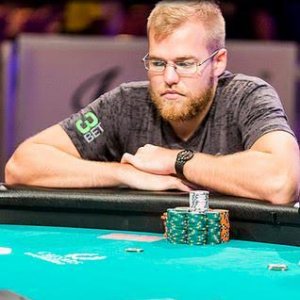 Have you ever played sports against a good friend? Not just in the backyard, but real, organized sports where you were on different teams. You really want to beat them, but at the same time, you feel kind of weird about it. I remember striking out my friends in before we all played together in high school and while I mentally fist-pumped, I really didn’t want to make them feel bad.

Now imagine what it would be like actively trying to prevent your friend from winning millions of dollars. That’s what Day 7 of the 2015 World Series of Poker Main Event – and perhaps a day or two in November – was like for Christoph Brand, who made the final 27 players along with his roommate, Chad Power. Brand ended up in 24th place for $262,000.

The two live in Maryland, brought together by a mutual friend who had previously moved in with Power. They traveled to the WSOP in 2015, as they have for a number of years, to play cash games, renting a house with some other friends. It may sound odd that Brand and Power would fly to Vegas just for the cash games, but with so many people in town, the games are extremely plentiful and fishy during the World Series. Brand took a shot at a couple tourneys, but didn’t cash.

Though they were competing for a spot in the November Nine, Brand and Power commiserate every night back at the house. “We come together, talk about a lot of hands, and go over a lot of spots and stuff like that. It’s a lot of poker. A lot of poker,” Brand told Bluff.com.

Of course, the dream scenario is to meet heads-up for the bracelet and the $7.68 million. Brand isn’t conceding anything, but he is giving his buddy the proper respect. “He’s a really good heads-up player. So he’ll definitely be tough.”