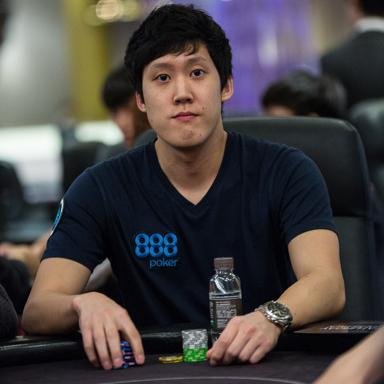 In mid-October, Japan’s Akira Ohyama (pictured), better known as Clutch Heroon PocketFives, hit $2 million in career online MTT winnings. As he told us, “I’m feeling great about it. I feel like it took a lot longer than I originally expected. The delay is mostly due to my lack of volume, but my recent 12th place finish in the WCOOP Main Event really helped push me past the $2 million mark.”

Ohyama finished 12th in the WCOOP Main Event for $63,000, his largest tracked score to date, and said of his deep run, “It’s one of those runs where I am happy about the score, but it is very bittersweet. It was disappointing at the end because at some point the structure became terrible. A combination of conservative play and slightly bigger blind jumps made the average stack very low.”

He added, “I had a great stack, but was unfortunate to have a few short stacks to my left, cuffing my open spots. Eventually, I blinded out for four or five orbits and became shallow myself. I had 12.5 big blinds on my bustout hand. A double-up would have made me fifth or sixth going into the final table. I just couldn’t find that extra double that could have propelled me to a guaranteed six-figure or possible seven-figure score.” On his final hand, he ran A-J into A-A.

The $2 million man plans to use some of the money to play in a live series in Macau, the Asia Championship of Poker, which runs until November 15. In addition, he’ll use it to offset expenses from a trip to Bali that he took after WCOOP.

We asked Ohyama about the ongoing crackdown on third-party poker softwarefrom rooms like PokerStars and PartyPoker. The former targeted scripting and decision-making software, while PartyPoker handicapped HUDs by making hand histories not downloadable. 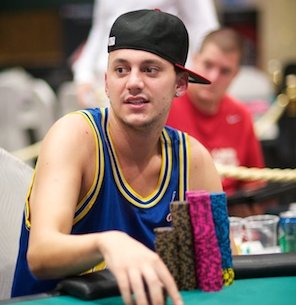 Ohyama said, “I think whatever makes recreational players feel more comfortable playing on the online felts is good for the game. As professionals, we should be able to adapt to any change. For the most part, I believe MTT players are pretty unaffected by these policies. I do sympathize for the regulars in certain games who had drastic changes to certain key software.” PokerStars also recently reduced rewards for high-stakes and high-volume players.

He closed our little chat by sending shout outs to JWPRODIGY(pictured), Piggysnipz, PSCPRODIGY, and lynskey99, who are “some of the greatest poker minds. I wouldn’t be where I am now without them.”

Ohyama is an 888 pro and so also wanted to thank the online poker room for supporting him. Congrats to Ohyama on hitting $2 million in tracked scores!