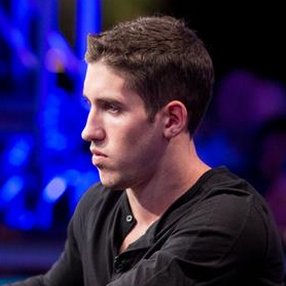 On Tuesday night, the world watched as Dan Colman (pictured) won the World Series of Poker’s Big One for One Drop on ESPN. Colman was largely stoic after the final cards were dealt and for the most part looked stunned. He quickly declined interviews and exited the Rio while second place finisher Daniel Negreanu cordially stuck around, spoke to the press, and took pictures.

On TwoPlusTwo after the fact, Colman called poker a “very dark game” and added, “I don’t owe poker a single thing. I’ve been fortunate enough to benefit financially from this game, but I have played it long enough to see the ugly side of this world. It is not a game where the pros are always happy and living a fulfilling life.”

On Tuesday, Colman spoke up again, this time on Twitter, saying, “While I appreciate @lonmceachern’s and @RealKidPoker’s attempts to hypothesize at me being a 24-year-old who doesn’t know who he is yet, I am actually 100% certain who I am.”

Colman then spouted off, “I find it to be a much greater accomplishment (and necessary) if thru solidarity, we can get everyone at the bottom to all move up a couple rungs on the ladder. This can be done once we stop idolizing those who were able to make it to the top.”

The One Drop champ, who added $15 million to his coffers for the win, cleared up earlier comments by saying the following in two successive Tweets:

I misrepresented myself before when I said I didn’t want to speak to media because of poker being a harmful game. I do not care about poker

I just see it as a distraction to people, just like any sport/tv show/movie. Taking away the focus from things that matter to peoples lives

After calling poker a “distraction,” several people asked a logical follow-up question: “If it’s such a distraction, why do you play then?” Another person commented, “By not speaking, you have made more noise, which was probably the opposite of your goal.” Another person on Twitter gave Colman a straightforward exit plan: “Lost all respect for you man… Give all the money to charity and bounce the F out of poker if you don’t like it.”

Shortly after Colman’s original comments about poker came out in July, Negreanu offered the following words of wisdom to Colman about perhaps pursuing another career choice in a blog on Full Contact Poker: “If you are genuinely having an issue with the morality of playing poker for a living, make a choice. Don’t compromise your own moral code for money. If you truly believe in your heart that what you are doing hurts people, and you don’t want to hurt people, you need to make a choice.”