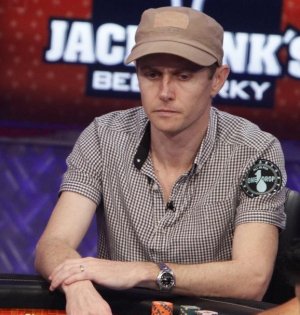 The hopes of the nation of Australia for a second World Series of Poker Main Event title were on the shoulders of David Balkin, who, while not compiling a lengthy of a poker resume, was responsible for disabling of one of the toughest competitors still in the game during Day 6 of the 2012 World Series of Poker Main Event. He finished in 18th place for $369,000 and is a Game Security Manager for PokerStars, the world’s largest online poker site.

Balkin, who calls Sydney, Australia home, doesn’t have a tremendous track record when it comes to the tournament poker world. According to the Hendon Mob, his only recorded finish in a tournament came back in 2007 during the APPT Sydney, a 16th place finish for a $1,256 prize.

After starting Day 6 with only 1.295 million in chips, the member of the Australia poker community was able to catapult himself into contention by defeating one of the strongest pros left in the 2012 WSOP Main Event early during the day’s play.

After opening the action to 85,000, two-time WSOP bracelet winner Vanessa Selbst 3bet Balkin to 205,000, only to see him push in the remainder of his stack. Selbst made the call with A-J offsuit, but saw that she was behind Balkin’s pocket fours.

Another four on a 2-3-4 flop gave Balkin a set, but also opened up some outs for Selbst to make a Wheel. It wouldn’t come, however, with a ten on the turn and a six on the river. The hand doubled Balkin to almost two million in chips and crippled Selbst down to only 380,000. The top female contender and PokerStars pro would be eliminated soon after that.

Balkin was able to work some more magic throughout Day 6, eventually finishing up in 19th place with 6.33 million in chips. He had the unenviable task of taking on chip leader Marc Ladouceur at his table for Day 7, however, and was the short stack among the nine players on his patch of felt.

His 2012 WSOP Main Event payout was a new career best cash for Balkin.