In an opinion handed down in September, but not made public until two days before Christmas, Assistant U.S. Attorney General Virginia Seitz found that the Wire Act only applies to sports betting. Many in the industry, including state and Federal lawmakers, have been awaiting word on the applicability of the Wire Act as it relates to online poker. Now, we apparently have our answer.

In a press release sent out at the close of business on Friday, as many in the poker community were traveling to be with loved ones for Christmas, Poker Players Alliance (PPA) Executive Director John Pappas commented, “This is a much needed clarification of an antiquated and often confusing law. For years, legal scholars and even the courts have debated whether the Wire Act applies to non-sporting activity. Today’s announcement validates the fact that internet poker does not violate this law.”

The Wire Act became law in 1961. Online poker being green-lit under the Wire Act would also seem to hinge on whether poker is defined as a “non-sporting activity.”

Friday’s DOJ announcement could pave the way for a bustling online poker business at the state level, where jurisdictions like Nevada and New Jersey have been concerned, at least in part, that legalized online poker could violate the Wire Act and the 2006 Unlawful Internet Gambling Enforcement Act (UIGEA). Remember, the Black Friday indictments rested on the UIGEA and Illegal Gambling Business Act. 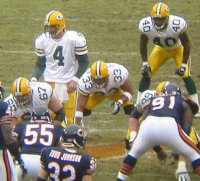 The opinion, which centered on online lottery sales, asserted, “Because the proposed New York and Illinois lottery proposals do not involve wagering on sporting events or contests, the Wire Act does not prohibit them.” It added, “Interstate transmissions of wire communications that do not relate to a sporting event or contest fall outside of the reach of the Wire Act.” You can read the full opinion by clicking here.

So what does this mean for online poker players in the United States? Could we see legalized online poker in 2012? As states like Nevada are already approving online poker regulations, Pappas detailed, “This will provide policymakers at both the state and Federal level with the legal confidence to move forward with licensing and regulation of online pokerand other non-sporting activity within their respective jurisdictions.”

Pappas continued, “However, it is our hope that our Federal policymakers see this as an incentive to move quickly to enact Federal licensing and regulation before various states produce a mix of individual state schemes that may not be the best model to serve consumers.”

According to the Wall Street Journal and other news outlets, Nevada could unleash legalized online poker rooms in 2012, as casino giants like Caesars Entertainment and Boyd Gaming have already applied for licenses. The court clarified relevant language by asserting, “In our view, the references to ‘bets or wagers’… are best read as shorthand references to the ‘bets or wagers on any sporting event or contest.'” 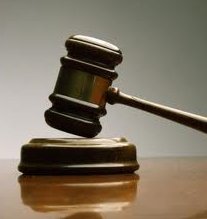 The same opinion contended that the original intention of the Wire Act was to combat phone wagering on sporting events: “The Wire Act’s legislative history reveals that Congress’ overriding goal in the Act was to stop the use of wire communications for sports gambling in particular.”

The clock could be ticking for Federal legalization of online poker. With 2012 being an election year, members of Congress could overlook the revenue potential of legalized online poker and internet gaming in general. Urging lawmakers to act on online poker soon after the New Year was PPA Chairman and former three-term Senator from New York Alfonse D’Amato, who charged, “We urge members of Congress to act quickly based on today’s announcement and pass legislation like HR 2366 to license and regulate online poker at the Federal level.”