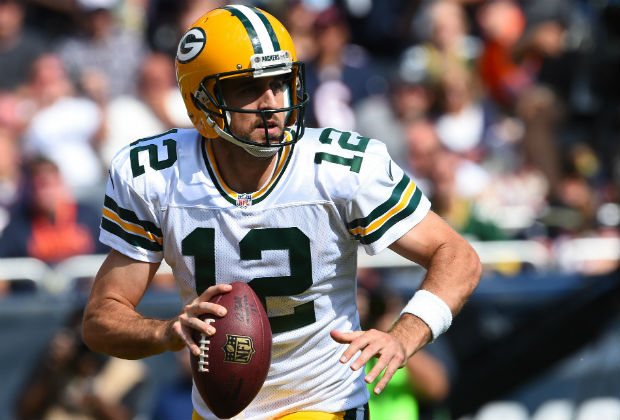 So Nevada shut down daily fantasy sports operators in their state yesterday. They basically said DFS is gambling, so therefore providers need to have a gambling license to offer DFS contests in the state of Nevada.

Qualify for the Star Fantasy Leagues $150,000 Fantasy Football Championship for as little as $2 at StarFantasyLeagues.com.Get in the game!

I am frustrated and just deleted a big rant about a government that legislates morality. Our American government, the same one that says that poker is not a game of skill and weed is just as dangerous as cocaine, has also said that DFS is a game of skill and therefore not gambling. Obviously they’re wrong and DFS is gambling, but they ignore that games of skill can also be games of gamble. I wish they would stop worrying about things like “gambling is bad, except for the lottery” and start letting people make their own decisions.

In the meantime I really don’t think we have to worry about a Black Friday like event. The industry is clearly legal today. This is quite a different landscape than online poker was. Bill Frist and Congress basically said that online poker was illegal in 2006 and then we pretended they didn’t until the Department of Justice shut things down in 2011. If the DOJ wanted to shut down DFS, first they would have to say they were wrong in the UIGEA and re-write law. DraftKings is in Boston, FanDuel is in New York, and nearly a billion dollars in investment capital has come in this year from other influential American entities. PokerStars is in the Isle of Man, Full Tilt was in Ireland, and Ultimate Bet was in Costa Rica. For DFS to go away like online poker did after Black Friday is a pretty unrealistic task. I could see other states besides Nevada banning DFS or calling for gaming licenses, but I don’t see it happening at a Federal level anytime soon.

Yesterday I submitted 10 lineups into the $2 Thursday qualifier for the FanDuel Fantasy Football Championship in Vegas. My intention is to get a glimpse into how the public is being swayed on FanDuel. I did my best to pick guys that I or others like, and here’s what I learned:

Running Back
Devonta Freeman 54.2%*
Dion Lewis 14.6%
Chris Ivory 12.1%
Eddie Lacy 11%
Adrian Peterson 10.1%
Le’Veon Bell 9.9%
Matt Forte 9.9%
LeGarrette Blount 8.1%
Adrian Foster 6.8%
Charcandrick West 5.6%
Gio Bernard 5.3%
DeMarco Murray 4.5%
Chris Johnson 2.8%
Frank Gore 2.2%
Carlos Hyde 2%
Lamar Miller 2%
CJ Anderson 1.8%
Rashad Jennings 0.9%
(163.8 of 200% accounted for)
I pegged Freeman for 42% ownership, I was way off. They’re all going to go somewhere but we have a nice popularity scale here. Remember last week when the Washington Redskins were good at covering the run, so we all faded Freeman? This week the Redskins are still good at covering the run, but since Freeman shredded them last week it seems people think that Ivory will shred them this week. Lewis is pretty heavily owned for a guy who was limited in practice yesterday with an abdomen injury. I thought Charcandrick would be more popular.

Nothing really surprising here overall. People gravitate harder to the chalk because people would rather min-cash every week than win the contest once a year. The Patriots look really good for cash games, but I will be fading the lot of them in GPPs simply from a game theory perspective. If Brady is owned at 20% and Rodgers is 6%, then Rodgers is the better GPP play because playing Rodgers increases our probability to win the GPP. Green Bay’s team total is nearly as high as New England’s, and I think it’s pretty unreasonable to expect Brady to outperform Rodgers at a 20-6 rate if we played this weekend 26 times.