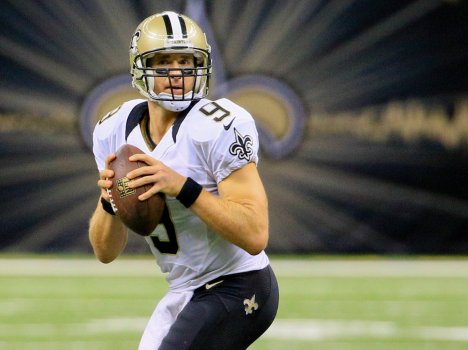 It’s that time of the week again. Only one more day until a full slate of NFL and DFS gluttony begins. While it’s only the third week of the season, critical injuries are starting to pile up all over the league. Let’s take a look at the crucial reports from each game before you set your lineups on FanDuel, DraftKings, Draftpot, and other sites.

Saints at Panthers:
Beast DT Star Lotulelei returns to the Carolina D, but elite MLB Luke Keuchly looks like he’ll miss a second straight game due to his concussion. RB Jonathan Stewart was limited in practice most of the week, but appears ready to play in this plus matchup against the Saints. Jericho Cotchery is not going to suit up, so rookie WR Devin Funchess may get some real action for the first time this season.

Drew Brees is out for the Saints, so their whole offense is consequently less valuable.

Eagles at Jets:
Demarco Murray will play with his bum hamstring, but the Eagles D is going to be without several key players in the front seven.

Jets RB Chris Ivory is a GTD, so it’s probably best to plan around him. Bilal Powell will receive most of Ivory’s action if he doesn’t play. Eric Decker is also a GTD, so WR Brandon Marshall will likely carry the load in his potential absence. Star CB Darrelle Revis has been nicked up with a groin injury, but will play.

Falcons at Cowboys:
Dez Bryant is still out and now Tony Romo joins him in the Cowboy hospital ward. Simply put, avoid the Cowboys O like the plague.

Falcons starting RB Tevin Coleman is out with busted ribs, no surprise there.

Colts TE Dwayne Allen is out, making mostly invisible TE Coby Fleener an intriguing cheap option. He’s done well in prior games with Allen sidelined. CB Vontae Davis will play, but the next two CBs on the depth chart (Toler, Butler) will not. This should help out Titans WR Kendall Wright.

Raiders at Browns:
Josh McCown will take back the reins at QB despite a strong showing from Johnny Manziel last Sunday.

Bengals at Ravens:
Ravens RB Lorenzo Taliaferro is questionable, so Justin Forsett would get a slight bump up if Taliaferro sits. Starting LT Eugene Monroe is out, which could be a bit of an issue since he’s the man that protects Joe Flacco’s blindside.

The Bengals are fairly healthy, nothing to report on their end.

Jaguars at Patriots:
The only injuries of note here are to two of the Jags’ starting O line members. Given that they will likely be out, the Pats D gets a bump up.

Bucs at Texans:
Bucs WR Mike Evans is playing and supposedly going to be let loose, so it’s safe to assume he’s close to 100%. TE Austin Sefarian-Jenkins is out, so it looks good to fire both Bucs key receivers on Sunday.

Arian Foster isn’t going to play, so those that are stashing him must continue to hold their breath. Texans top WR DeAndre Hopkins is expected to play, but hasn’t passed through the concussion protocol yet. Make sure to check on him Sunday before the early games start.

Chargers at Vikings:
All you need to know for this game is that Chargers TE Ladarius Green is questionable with his concussion and appears to be a total mystery heading into Sunday. I wouldn’t plan on him playing, but you can check on him if he’s still on your radar.

Steelers at Rams:
Not a lot to report for this game, but Steelers stud LB Ryan Shazier is out and that’s going to hurt the Pittsburgh D all the way around.

For the Rams, Todd Gurley is expected to make his debut, but he’ll be on a snap count of around 10 plays.

Bears at Seahawks:
Marshawn Lynch has all of a sudden been revealed to be dealing with a serious calf injury. He’s going to be a game time decision, which really throws a wrench into the plans of anyone who wanted to play him this week (basically everyone). Lynch is as tough as they come, but I don’t have a good feeling about him playing. Plan accordingly to have a swap for him if he sits.

Bears QB Jay Cutler is out as well as elite WR Alshon Jeffery. Matt Forte and Martellus Bennett are still viable option from Chicago, but I don’t like them in this game.

Niners at Cardinals:
Niners RB Reggie Bush and Cards RB Andre Ellington are both unlikely to suit up for their respective teams.

Bills at Dolphins:
LeSean McCoy is probable for Buffalo, so I guess we’re supposed to assume he’s fully healthy.

Lamar Miller is questionable for Miami at RB, as is TE Jordan Cameron, though they both seem to be suiting up on Sunday.

Sunday Night Football
Broncos at Lions:
CJ Anderson is probable, meaning his toe must be feeling better. I like him a lot this week versus a soft Lions D.

Speaking of that soft Lions defense, LB DeAndre Levy is out again, which hurts Detroit a lot. QB Matthew Stafford is really banged up all over his body, but he’s going to play.

Monday Night Football
Chiefs at Packers:
Packers RB Eddie Lacy and WR Davante Adams both practiced Friday and are now on track to play. Downgrade James Starks and Ty Montgomery, who were the next men up at those two positions.

And there you have it. Good luck making your rosters tonight and tomorrow, you can find me @Sbrounder on Twitter if you have any more questions. There are also big tournaments on Sunday featuring million-dollar top prizes on DraftKings and FanDuel, so visit DraftKingsand visit FanDuel for more details.