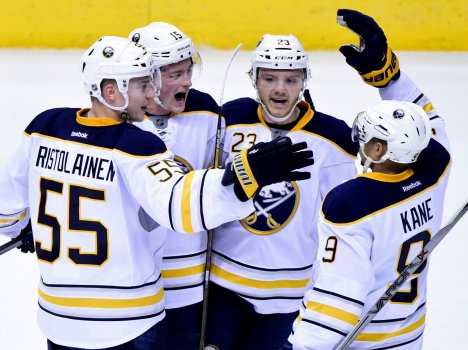 When choosing to enter NHL DFS tournaments, the site you choose to play is almost as important as the players you select. In all DFS sports, the roster format is different between the major sites, and hockey is no exception.

In addition to the strategic shifts that have to be made between lineup entries on DraftKings and FanDuel due to roster slots, there are major differences in the scoring formats between the two sites and a viable roster strategy on one site is a poor move on the other. Let’s take a look at both the roster and scoring rule differences and how these will influence your plays.

In terms of NHL DFS roster basics, the difference between the two major sites can be seen right off the bat when examining the position requirements of the rosters. Both FanDuel and DraftKings require an entrant to roster 9 players, including 2 centers, 2 defensemen, and one goalie. On FanDuel, an entrant must roster 2 left wingers and 2 right wingers.

At DraftKings, there is more roster flexibility on two fronts. First, you must roster 2 wingers, but there is no specification between left and right wing, so a tourney player could theoretically roster 3 right wingers should he wish. In addition, the ninth roster spot on DraftKings is designated as Utility, meaning any non-goalie that fits into the team salary cap can be used. This gives the DraftKings NHL player more of an ability to do things such as stacking a team’s power play.

When you have only 2 center spots available on your DFS roster, throwing both centers from a team’s first power play unit into your lineup will put you in an uncomfortable position when rostering the remainder of your team. Say you love Buffalo facing Montreal with the Habs on the back end of consecutive night games. You figure them to have tired legs midway through and envision some lazy penalties. Sam Reinhart and Jack Eichel are both on Power Play Unit 1, so you roster them both. The problem arises when putting your next line into your lineup.

You might love Gaudreau to get loose at home later that night for Calgary, but his main man Monahan is a center. Even if you roster Gaudreau ‘naked,’ you will essentially be falling behind in all likelihood if he scores, as a great many of the DFS owners who roster Gaudreau will roster him with his center – and you get 2 points for an assist on the 3-point goal. It is even more of a slight disadvantage on FanDuel when factoring in the scoring format, which we will now examine.

There are drastic differences in scoring format between DraftKings and FanDuel and a DFS owner really needs to understand how these should be influencing their roster-making decisions. Both sites award the standard 3 points for a goal and 2 points for an assist, but the similarities end right there.

Returning to our earlier example, losing Monahan’s assist on Gaudreau’s scores is additionally penalized on FanDuel by the fact that the site awards 0.1 points less per shot on goal than DraftKings, while giving the same points as each other for goals/assists at even strength.

Another very important difference due to scoring format is the decision of whether to stack opponents against each other. If you project one game on the slate to be particularly high-scoring, you are not penalized by playing opposing units on the same DraftKings roster. On FanDuel, we know that plus/minus is factored in, so when your line scores a goal, your +1 per player will be negated by the -1 your opposing team stack will get when they happen to be on the ice at the time as well.

Other FanDuel GPP rosters that have the scoring line without the opponents have just shot in front of you even if you both have the goal-scorer. Losing ground when you score a goal is generally not a great way to score a major cash in a tourney, so in summary please keep in mind where you are playing when deciding on who you are playing.