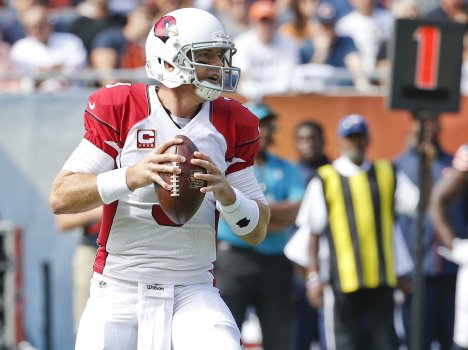 With the NFL Divisional Round this weekend, we’ll look at a strong tool that can be utilized in a four-game, two-day tournament. As many people are already aware, there are a number of differences between DraftKingsand FanDuel, the industry’s two major players, when it comes to format, including roster spots (kicker on FanDuel, flex on DraftKings) and scoring structure (DraftKings being full 1 point PPR, FanDuel being 0.5 PPR).

When it comes to a short slate, perhaps the single most important distinction between the two sites is the late swap feature on DraftKings. On FanDuel, once the first game of a tournament kicks off, the roster is locked, for better or for worse. If a massive deluge that wasn’t in the weather forecast hits Miami at 3pm, your 4pm players in the Dolphins home game are locked and there’s nothing you can do.

This can work in your favor, like the times you faded the game completely and everyone lured by the 53-point Vegas total are ripping up their tickets. With DraftKings, you may swap out any player whose game has not yet kicked off as long as the player you replace him with is eligible for the same position and his salary does not put you over the cap.

Now that we have this late swap tool in our arsenal, it is important to consider how this plays into the game theory of a four-game card played out over two days. In the case of the playoff short slates, not only do we have games over two days, but just as importantly, none of the games overlap time-wise. The second game each day will not start until the first one completes.

One of the ways we can attack a short-slate card in a GPP is to put together a couple of sharply-contrasting entries, which keeps in the spirit of go big or go home that gives you the best chance in a GPP. In large-field tournaments with top-heavy payout structures, the goal is hitting the top 5% and up, so the fact that our lineups will drastically contrast is fine in that we are taking multiple shots at that leaderboard, not trying to train together three min-cashes.

If we are looking at the Green Bay versus Arizona game on Saturday, for example, your main lineup could be very Packers-heavy; a multi-entry pivot could be a contrasting lineup that is very Arizona-heavy, with a third entry mixing players from both sides to fill your roster. If we have a blowout, one of our squads is going to be sitting pretty and the others are done. If it is a shootout, our mixed lineup is likely in very good shape.

But what happens if a highly targeted short-slate game is a drab 16-10 affair and none of our lineups put up pinball scores? This is where our late swap ties into the equation. Pending what happened in the other Saturday game, we are looking at low scores heading into Sunday’s pair that are begging to be picked off the leaderboard in short fashion. That’s a good thing because we have saved a couple of entries that used zero Saturday players. Very few people have done the same and we can now pretty much put together a lineup of the best players we can fit in the cap off the Sunday pair with realistic expectations of a decent cash.

What if one of the teams in the Arizona/Green Bay game we used as an example blows out their opponent? Great, because we have a few roster spots left to boost our score and the players we use on Sunday will in essence block our competition because we are already ahead of many tournament lineups using the same players. Obviously, this does not always work to score, but it is a strategy that promises long-term upside to the player who is willing to take a stand and go big or go home.