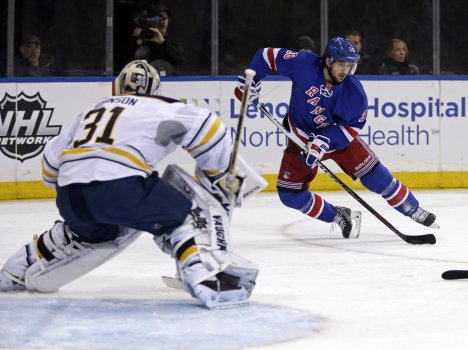 When constructing an NHL DFS lineup, the type of contest you are entering will dictate the type of player you will want to roster in order to maximize your odds of a victory. In DFS play, the contest formats are usually referred to as ‘cash game’ or ‘tournament’.

Tournament games are larger field contests where on average 20% of the field cashes, with the prizes ranging from min-cashes where you just about double your entry fee to 1st place that will pay many times your entry fee, even ranging into the million dollar-plus territory during NFL season. In a tournament, you may enter multiple lineups. There are also single entry tournaments, although those will have a smaller prize pool as a result of the restriction.

Along with the different types of contests, the strategies you will want to employ will vary pretty drastically, and nowhere is this more of a fact than in NHL games. When you are entering an NHL head-to-head contest, your goal is to beat exactly one opponent. As a result, you can win with a roster that does not all go off at the same time. You do not need your roster to hit a high ceiling, but you will want them to have a downside that is not too low.

One way to mitigate against a very low floor in an NHL head-to-head is to avoid stacking an entire line from one team (assuming a normal sized slate of games). If you are rostering Sidney Crosby, for example, rostering both of his wingers, Patrick Hornqvist and Chris Kunitz, is unnecessarily risky. If Crosby gets shut down, you are going to be looking at 3 spots of zero production in all likelihood. This is not to say that Crosby’s teammates must all be avoided, but the better high floor move would be to roster Crosby with one winger.

While on the topic of Sidney Crosby, it is also a good time to mention that, unlike a GPP, ownership percentages are irrelevant. If Crosby is the surest high floor play on a card in your eyes, it is optimal to roster him even if you know with 100% certainty that your opponent is as well.

Many good head-to-head players will use the projected goal totals on the Las Vegas totals line as a starting point to find their high floor plays. A star player at a high salary who is facing the league’s best defense on the road at the end of a back-to-back does not a make a solid high floor play regardless of the marquee value of his name. This is a very general overview, but as in other sports, Vegas lines and opponent’s defensive stats are instrumental in establishing the foundation of your head-to-head roster.

On the other hand, tournaments are a completely different animal. You must diversify and stand out from the crowd, so you aren’t as concerned with a solid floor as you are with a high ceiling. You will need to sprinkle your roster with some high risk, high reward plays.

Back to our buddy Crosby; he is the type of star you will usually be better off fading in order to procure a high cash in a GPP; the crowd will own him and he has a high salary. When he does go off and you have him, you do not really separate from the crowd and will need to hit with everyone else you have in order to grab a high cash

What makes this even more of a problem in NHL GPPs is stacking. You will want to stack line-mates in a GPP in order to piggyback the points when one guy on the line has a big game. Unfortunately, when Crosby goes off, your line will be in nice shape, but still tied with a ton of opponents and now you only have 6 unique roster spots at most, which will now need to hit to score a ‘final table’ score. On the other hand, if Sid whiffs, he and his line-mates will take out a ton of your competition.

The bottom line in NHL contests is that you are attempting to achieve separate goals based on format. Constructing your rosters based on that contest type is as instrumental as breathing if you are hoping to attain DFS success.