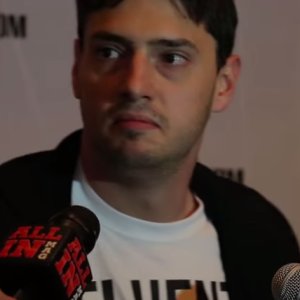 When Mark Newhouse (pictured) overcame staggering odds to secure a seat at his second WSOP Main Event final table in a row this year, hopes were high that the Chapel Hill native would take home a larger chunk of the prize pool than he did for his ninth place finish in 2013. But, after his all-in river bluff was called by William Tonking, Newhouse was once again the first November Niner to be knocked out of the tournament.

As the action went down, cameras from All In were on hand to film the second part of an episode of the magazine’s “Off the Felt” documentary series and got an inside look at the pro’s reaction immediately following the devastating hand. Watch the video.

Before the start of the final table, the All In crew spent time with Newhouse while he relaxed in his hotel room with friends. “When I hopefully buy a house in the next month or so, this will be hanging up for sure,” he said, holding a magazine featuring himself on the cover.

“I feel great,” he told the interviewer. “I’m not nervous, I’m not excited. Ready to play poker tomorrow, that’s about it.”

In the first part of the series, Newhouse revealed that he planned to do little in preparation for the final table and hadn’t played any poker since winning his seat back in July. When asked what he had been doing since the first episode was filmed, the Chapel Hill native responded, “a couple of more weeks of nothing,” and added that he had spent a week in Hawaii. “I’m cool, I’m ready to play,” he said.

During the Main Event, the film crew was on stage to capture all of the action. But, after Newhouse dragged a big pot, the crew decided to take a break. It was then that someone told them that Newhouse had unexpectedly been knocked out of the tournament. “We’re like, you’ve got to be kidding me,” the interviewer had responded, before running back to the Penn and Teller Theater to film the aftermath. 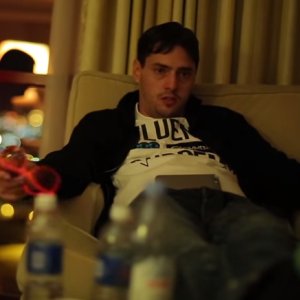 Fielding questions from the press, Newhouse rocked back and forth and gave short, one-word answers. “What does this mean for you and poker,” he was asked. “Nothing,” he responded. “We don’t need to talk about it anymore.”

Back in the hotel room, the camera continued to roll as a dejected Newhouse came to grips with his second ninth place Main Event finish in a row. “Not going to be much interesting conversation; not really in the mood for that,” he said.

After discussing the hand, he was asked if there was any physical feeling from being knocked out. “No, I’m okay. I just want to start getting stuff done right now,” he replied. In previous interviews, Newhouse had made it clear that he would not be making any grand plans for his future until the final table had been played out. “I need to finish up some tax stuff and figure out where I’m going to live. All that stuff was waiting on this.”

In contrast to the solemn scene inside the hotel room, the video cut to an interview with WSOP Media Director Nolan Dalla, who added some words of encouragement: “He’s a great player and he should take a lot of pride in what happened here. I think time will remind him about how special this was. The challenge is on you to become the first to make three consecutive final tables. We’re all rooting for you Mark.”