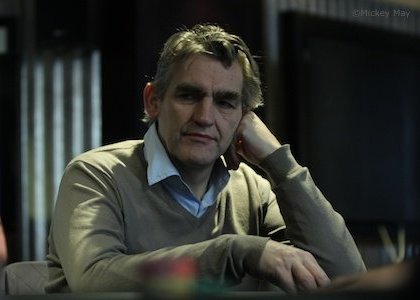 This week, the 23 living members of the Poker Hall of Fame (PHoF) voted to induct Jennifer Harman and John Juanda as the 49th and 50th members of the exclusive club. While very few have questioned the accomplishments of Juanda and Harman, a rising tide of industry insiders have begun speaking out against the PHoF’s seeming unwillingness to induct non-US players.

European Poker Tour founder John Duthie (pictured) recently penned an op-ed on PokerNews warning that if Hall of Fame members continue to shy away from backing non-US candidates, the Hall will be in danger of losing its prestige and be seen as nothing more than a Las Vegas “tourist curiosity.”

The argument for revising the Hall of Fame voting process was magnified after British poker icon Dave “Devilfish” Ulliott succumbed to cancer earlier this year. Soon afterwards, a campaign involving several prominent industry players and high-profile poker pros was kicked off with the goal of shortlisting Ulliott’s nomination. While Devilfish was ultimately added to the list, he did not make the final cut. 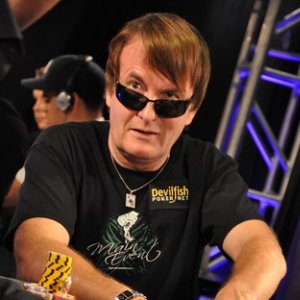 “I myself suggested on my Facebook page that no non-American player should even accept nomination until the selection process has been changed,” said Duthie. “Now, this is just not about Devilfish (pictured) himself, but it is about the fact that no international player has ever passed the stage of nomination and this includes quite a list of talent.”

While you might look at the list of PHoF membersand spot players of many different ethnicities, Duthie considers players like Johnny Chan, Scotty Nguyen, and Juanda to be, for all intents and purposes, American due to their US citizenship.

The EPT founder suggests making changes to the process. “Either the WSOP breaks its association with the Poker Hall of Fame and it remains as it is, becoming a sort of Madame Tussaud’s of US poker, or it resolves to change and completely overhaul the nomination and selection process so that it is a true reflection of international poker talent and not just US-centric.” 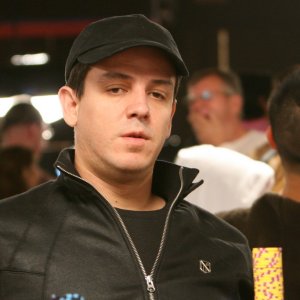 This year, there was no shortage of non-US candidates from which to choose. Swedish born poker pro Chris Bjorin, France’s Bruno Fitoussi, Ireland’s Terry Rogers, Italian Max Pescatori, and Spain’s Carlos Mortensen (pictured) were all nominated alongside Ulliott, but none of them made the final two.

As it stands now, players must meet a set of five requirements in order to be considered for nomination. That includes being at least 40 years old, having played against top competition for high-stakes, standing the test of time, and gaining the respect of peers. Non-players are also eligible if they have contributed to the overall growth of the game in a positive way.

The PHoF also received criticism this year for failing to recognize PokerStarsfounder Isai Scheinberg‘s role in the poker boom of the 2000s, which introduced millions of people to the game.

Terrence Chan spoke out against the snub, calling the institution “illegitimate” until Scheinberg is included. “One need only look at the WSOP fields and prize pools to know that the world before online poker was but a shell of what it is today, and PokerStars was the unquestionable leader of the online poker industry.”

“This is a turning point in the Poker Hall of Fame’s evolution and the old guard and other newer existing members will undoubtedly push back against this change, and that is their right,” said Duthie. “But in reality, they need to look closely at the type of institution they want to be part of. If they want to be taken seriously outside of the US, then change is imperative.”