A decade ago, David Carruthers (pictured) wanted to make BetOnSports“the Coca-Cola of online gaming.” A few years later, he was just hoping to get some fresh air. Black Friday has gotten all of the attention in the poker world since last year, but Carruthers, the former CEO of BetOnSports, was one of the first casualties of the United States’ war on internet gambling.

You might recall that he was arrested in July 2006 at the Dallas-Fort Worth International Airport on a single RICO charge. From there, Carruthers spent 42 months under house arrest in a hotel in St. Louis before being transferred to Federal prison after receiving a 33-month sentence.

Now free, Carruthers granted his first interview outside of any sort of lockup to James Bennett of eGaming Review. It was a chance to discuss what was going through his head over the past several years. Read the interview.

Well before the Unlawful Internet Gambling Enforcement Act was drawn up, Carruthers fought to make online gambling legal and regulated in the United States. He said that reaching back even ten years ago, he “could get column inches in real newspapers, further the debate and progress in the industry, and allow it to mature and come out of the shadows.”

His efforts were to no avail, however, and he found himself apprehended in Dallas on July 16, 2006 while traveling with his wife from the U.K. to Costa Rica. Ironically, this was just two days after saying that the UIGEA’s chances of being passed were “remote.” 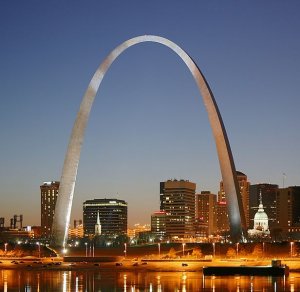 Carruthers was relieved of his duties as CEO a week later and released on $1 million bond a month after his arrest. The catch: he was required to remain under house arrest in a St. Louis hotel, as he was arraigned in Missouri. That would be his home for the next three-and-a-half years. He did not allow himself to remain cooped up, though.

“I was allowed out for an hour a day and, to preserve my sanity, I went to the gym and used to walk on the treadmill,” he told Bennett. “As I did that, I walked and walked and walked, and the pounds began to drop off and I got fit. I got so fit that I got bored with walking and I one day began running, so much so that I ran five miles.”

As his physical fitness increased, Carruthers got bolder. He got so bold that he applied online to compete in the St. Louis Marathon.

One may naturally wonder, of course, how he could get out to run a 26.2-mile race when he was only allowed one hour away from his quarters per day. As it turned out, his schedule became more flexible. His free time was extended to two hours per day, then two separate two-hour periods per day, then three periods of one hour, two hours, and three hours. He explained to EGR that he got along very well with his pre-trial officer, who often allowed him an extra hour here and there.

“I was as free as they would let me be. I mean, they let me go to Memphis to run a marathon. That’s a 600-mile road trip there and back accompanied by a friend. I was still tagged, but it didn’t work; it only worked within range of the box.”

More than getting himself in tremendous shape, running also helped Carruthers find an outlet for his frustrations.

“Do I feel bitter and twisted? I got over it a long time ago,” he said. “In the early days, I was angry and ran miles venting my anger on the footpaths of St Louis. I just vented it away because you can only deal with what you have some control over. I was lucky. I had the best legal advice in the state of Missouri, an amazing guy and a huge personality.” 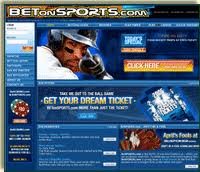 Looking back on everything, Carruthers understands his troubles with the U.S. Government weren’t all about him: “What happened was tragic for me personally, but the implications were much broader than me. Some 2,400 people lost their jobs and that was terribly sad because they were all good people doing an honest day’s work in the interest of the business and the shareholders and customers. Ultimately, they also lost out because of a move from the U.S. Government, which could have been finessed in a much better way with a similar outcome.”