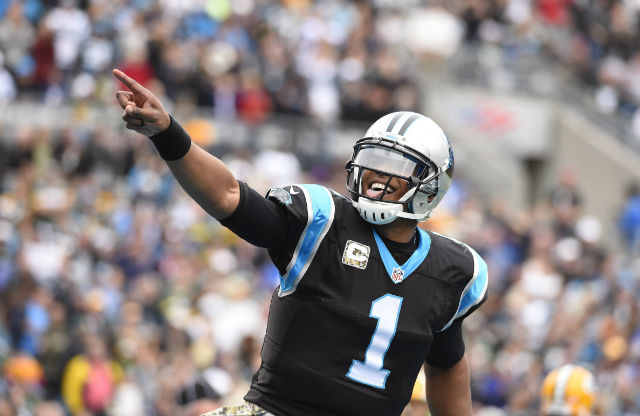 His winning lineup included some of the more popular picks for Week 9, but also had some real value finds that eventually led his team to amassing the 229.18 points needed to win.

Here’s a breakdown of Rtoraine’s lineup:

Cam Newton, who had one of the lowest ownership percentages this week, had himself a day against the Green Bay Packers, throwing three touchdowns and rushing for another on his way to 34.58 FanDuel points. While most lineups included some variation of QB/WR or QB/TE stacks, ‘Rtoraine’ went rogue and didn’t stack any Panthers with Newton.

Newton wasn’t Rtoraine’s only pick that went against the grain. He also scooped up Adrian Peterson (3%). The Minnesota Vikings RB rushed for 125 yards and a TD. The other RB, Pittsburgh Steelers RB DeAngelo Williams, was on the other end of the ownership spectrum with 26.5% ownership. Williams went off, scoring 37.5 points off of 170 yards and two TDs rushing and 55 receiving yards.

Williams’ day was impressive, but it wasn’t even the best day by a Steeler. WR Antonio Brown had 17 receptions for 284 yards, but somehow never found the end zone. That didn’t matter, as Brown amassed 37.1 points for ‘Rtoraine’. He also had Randall Cobb score him 17.9 points and possibly the most under-utilized player of Week 9, Jordan Matthews (1.4% owned), add 23.8 points to his total.