The World Series of Poker’s $50,000 Poker Players Championship is heralded by many top-flight players in the poker world as the real championship event of the series. In order to lay claim to the Chip Reese Memorial Trophy, a player not only needs to have an expert-level mastery of the entire mix of games, but also needs to face down the “best of the best” in terms of competition. In short, it takes a well-rounded, complete player in order to win.

The truth is, making picks for the $50K is a tough task – especially this year. Everything needs to be considered from a player’s history in the event to the momentum they have when it gets started. Plus, it’s hard to know if some of the top talents that normally would never miss the PPC will even show up (ex. Phil Ivey). So, taking all of that into consideration, we’re shooting our shot and dropping the latest edition of First-Round Picks with the names and ranks of the players we think are most likely to not only run deep in 2021 but hoist the trophy when the last chip has been collected.

These players are first-rounders for the $50,000 Poker Players Championship.

Unlike the Super High Roller Bowl, where Michael Addamo was sun running headed into the event, there’s no clear top pick when it comes to the Poker Players Championship. The field attracts an absolutely elite field of players who are proficient in all the games. Honestly, an argument can be made for a multitude of grinders to be ranked #1. Here’s why it’s Shaun Deeb.

In the past five years of the $50K Poker Players Championship, only one player has made the money three times – Shaun Deeb. In 2017 he finished in seventh place for $164,286, in 2018 a 10th place finish brought him $111,447, and then in 2019, he made the final table falling in fifth for $232,058. History shows Deeb loves to compete in the PPC and the PPC has loved him back. An undeniable master of mixed games, Deeb has proven time and time again that he knows how to close. He’s a four-time WSOP bracelet winner with more than $5 million in earnings at the series alone and each of his bracelets has come in different disciplines.

Impressive, but that’s not all he brings to the table. To back that up take a look at what he’s done online. He holds five PokerStars SCOOP titles, all in mixed games and, even more impressively eight World Championship of Online Poker titles, only two of which are in NLHE. In summary, Deeb is dangerous in any tournament against any opponent.

The 2018 WSOP Player of the Year is off to a fast start in terms of cashes in 2021, with nine at the time of this writing (tied for third overall), including a final table in the $1,500 Seven Card Stud. If there’s one thing going against him it’s that while he’s racking up scores, he’s not really breaking through into the deepest parts of the tournaments yet. It’s unlikely he’s even close to satisfied right now. His goal of earning the 2021 Player of the Year title is going to require some stronger second-half results and the PPC could do just the trick to get him back in the thick of things.

It feels silly to not have Mizrachi, the only player to win this event three times, as the top pick…after all, like we just said, he’s won it THREE TIMES.

But one has to wonder just how lucky can one guy be. He first took the PPC down in 2010, earning a massive $1,559,046 payday. He did it again just two years later for another $1.4 million. Finally, in 2018, Mizrachi completed the hat trick and earned his third spot on the Chip Reese Memorial Trophy for more than $1.2 million. In addition, he also scored fourth place in the event in 2016 for another $380,942.

He has a knack for owning this event and just last week he made an appearance at the 2021 series, finishing in 11th place in the Eight Game Mix. One should expect Mizrachi to find his way into this $50K and shouldn’t be surprised if he makes a deep run. But Mizrachi is also a high-risk, high-reward play because in addition to being one of the toughest players he’s also a blowtorch, and had been known to burn bright but flame out early. All eyes will be on the 3x champ to see what happens this year. 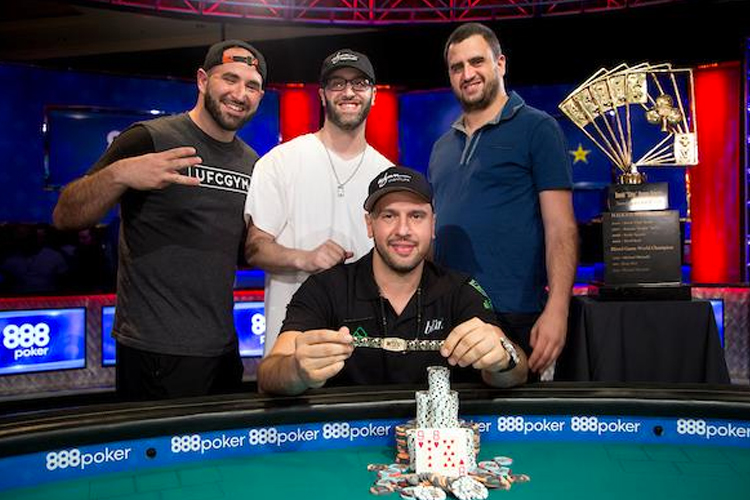 Additionally, he’s already found himself deep in a pair of Championship Events already. First, he finished in 15th place in the $10K Omaha 8 Championship for $18,750, and then just three days later, Rast nearly made the final table in the $10K Limit Hold’em Championship where he fell in 11th place for another $18,506. Add to that a cash in the NL 2-7 Lowball event and it feels like Rast is simply getting warm before making a big splash in the PPC.

For Rast, the real question is – will he be in the field? The fact that he’s been playing in the series already is a good indication that he will, but with career earnings of more than $21 million (and we gotta assume a ton of BTC for as often as he tweets about it), perhaps he just wakes up and says “not today.”

The UK’s young mixed game phenom Benny Glaser has all the makings of a PPC champion. The three-time WSOP bracelet winner almost exclusively plays non-NLHE variants with his WSOP wins coming in Omaha 8 and Limit 2-7 Lowball Triple Draw. In addition, Glaser has come very close in a number of other WSOP mixed game events including a runner-up finish this year in the $25K H.O.R.S.E. bringing him a $341,274 payday.

His WSOP resume reads of a player who excels at any game that involves any number of cards. The warning signs in picking a crusher like Glaser are that his last bracelet win was back in 2016, however his 2018 fifth-place finish in the PPC shows he’s more than capable of getting to the end. 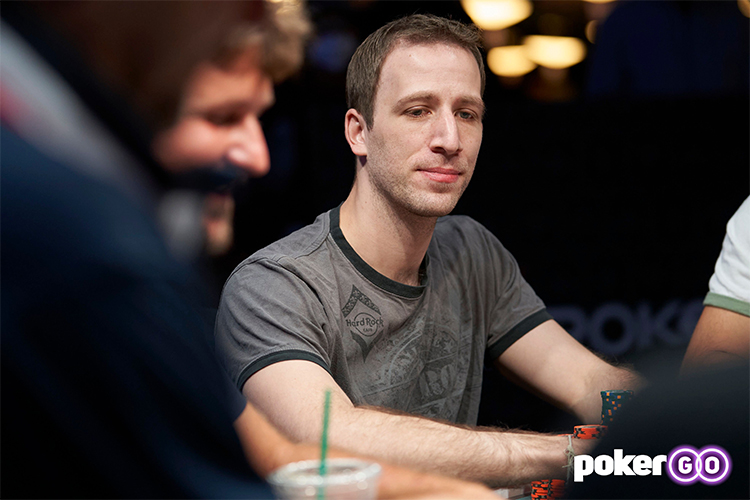 After capturing his record-extending 16th WSOP gold bracelet in Deuce to Seven Hellmuth declared that the $50K PPC title is what he wanted next. The truth is, in previous years Hellmuth wouldn’t be in the top 10 first-round picks, much less the top 5. But this is 2021 and The Poker Brat is on a mixed game sun run that no one could have predicted. You’ve already heard the stats: five final tables, all in mixed games, with a bracelet in hand. He’s off to the best start to a WSOP in his lengthy career and is currently sitting atop the Player of the Year race at the halfway point in the series.

Sure, he has his doubters and they would be quick to point out that Hellmuth’s only cash in this event came back in 2011 (when he finished in 2nd place for more than $1 million) and that this field will be the elite of the elite. But isn’t that who he’s been playing in the series so far?

So, it may be risky picking Hellmuth this high, but in 2021 it’s an even riskier proposition not to.

Dan Zack may be the savvy pick at number six. He’s another one of the crop of young crushers who consistently proves he has a mastery of all the games. He also hasn’t kept it a secret how much he’d love to win Player of the Year, for which he currently is sitting in 12th place. He’s just one big score away from being in the thick of it.

At the time of this writing, Zack leads all cashes in 2021 with 11 total, including a final table in the $1,500 Eight Game Mix and a (soft) final table bubble in the $10K Stud where he finished in 10th place. He won his first gold bracelet in 2019 in the $2,500 Limit Mixed Triple Draw, but doesn’t have a history in the PPC. Expect that to change.

There’s nothing Daniel Negreanu would love more than to win a bracelet and the trophy in this particular event. He’s stated it so many times that, along with the Player of the Year title, this is the tournament he consistently looks forward to the most. There’s no need to expand on the six-time WSOP bracelet winner’s resume except to note that in the past five years, Negreanu has made the money twice (including a final table in 2017) for a total of just under $400,000.

The real reason “Kid Poker” is so high on this list is, in addition to his skill of course, is his momentum. He has plenty of it headed into this event. Negreanu has cashed ten times in the series (thus far) including a final table in the $3K H.O.R.S.E. and a final table bubble in the $25K H.O.R.S.E.

The question will be if with everything he has going on being one of the game’s biggest ambassadors, can he let everything else fall to the wayside and zero in on what he really wants. If he’s feeling it, and he wants it – he’s a legit threat to win it all. 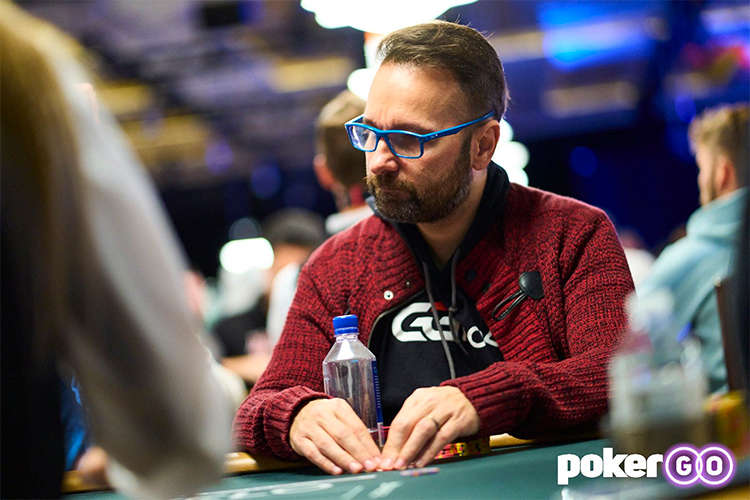 What a year it’s been already for Anthony Zinno who is currently the only two-time bracelet winner of the series. In back-to-back fashion, Zinno famously earned gold in the $10K Stud for $182,872 after being the subject of a classic Hellmuth rant. Then he came right back and took down $1,500 H.O.R.S.E. for another $160,636. In non-mixed game news, Zinno reminded people that’s he’s also a No Limit Hold’em crusher with a 12th place finish in the $50,000 High Roller for another $80,000, making it six cashes for the series.

And if you hadn’t heard, Zinno created a club of which he’s the only member. With four WSOP bracelets and three World Poker Tour titles, he proved he’s one of the best in the game today and he heads into the PPC with a massive wave of momentum.

Looking for action in the $50K PPC? Check out PocketFives Stakingwhere we will be selling pieces for Daniel Negreanu, Josh Arieh, Felipe Ramos, Matt Glantz, Daniel Weinman, and more. Sign up today and get in the action (many at no markup!)

France’s mixed game master may be well-known for his runner-up finish at the PokerStars PSPC, but he’s also one of the more coveted players for WSOP $25K fantasy due to his ability to grind the entire schedule. While he’s off to a slow start at this year’s WSOP (3 cashes so far), don’t be surprised to see him turn it around in the PPC.

Baker just got off a deep run in the $1,500 Razz where he finished in fifth place for $20,732. A two-time bracelet winner, one for a $2,500 8-Game Mix, Baker’s big question mark is if he’ll come out to play or prefer to sweat college or pro football with the tournament starting on the weekend.

Three-time bracelet winner Ben Yu has been racking up cashes this year, with a total of 9 as of this writing. He finished in 7th place in the $25K H.O.R.S.E. for more than $75,000 and busted in 20th in the $5K Six-Max for another $21,838. He’s been making the money consistently, now it’s just time for him to break through and capture bracelet number four.

The $50K Poker Players Championship gets underway on Sunday, October 31 and the final table will be played out live PokerGO on Friday, November 5.