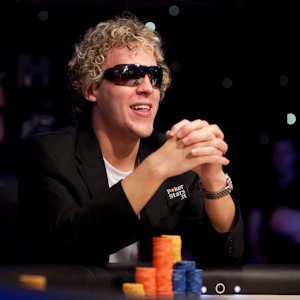 We reported to you late last week that Ultimate Poker, the first regulated online poker site in the US, had vacated the New Jersey market after alleging that its land-based partner, Trump Taj Mahal, had “multiple breaches” of contract. The casino has already filed for Chapter 11 bankruptcy and could close before the calendar year is through.

Ultimate originated the Nevada online poker market in 2013 and, in May of that year, William Reynolds XOReynolds (pictured above) signed on as a sponsored pro alongside the likes of Jason JCarverSomerville and Jonathan FieryJustice Little. The brand was the first to market, with Reynolds Tweeting at the time, “Toured Ultimate Poker’s office today… Professional environment with an expert team… Looking forward to repping UP this WSOP.”

Plenty of changes have occurred at Ultimate and in the site’s macro environment since then, including Chief Marketing Officer Joe Versaci, formerly of PokerStars, leaving Ultimate and the site paring down its roster of sponsored pros that once included the likes of Reynolds, Lauren locoenlacabeza Kling, Randy Dorfman, and Terrence Chan. Ultimate expanded to New Jersey late last year and rolled out a series of Carver-fronted videos called “Run it Up.”

Flash-forward to Tuesday, when Reynolds hopped on Twitter and ripped Ultimate in a series of Tweets that originally centered on the site leaving New Jersey. Here’s what Reynolds had to say. Note that the Tweets have since been deleted, which is the cause of the strange formatting:

No surprise to see @UltimatePoker pull out of NJ.. They care more about YouTube videos… than poker

When I left @UltimatePoker I had played more hands than anyone.. I won’t have to play another hand to hold that record until the end of time

The 2005 http://t.co/NtiGYVShab website that you could run thru your browser with out downloading is still more advanced than @UltimatePoker

The link between Ultimate and Iovationthat Reynolds referred to was brought to light in May of last year. Former Ultimate Bet founder Greg Pierson was the CEO of Iovation at the time and, after an uproar from the poker community, Ultimate severed ties rather quickly.

Ultimate Poker continues to operate in Nevada and is one of three regulated online poker sites in the state, joining the Caesars Entertainment-operated WSOP.com and the South Point-connected Real Gaming.