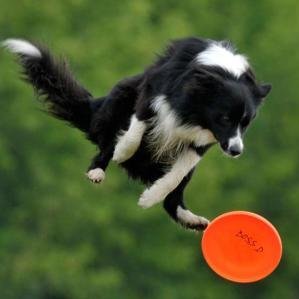 On Tuesday, just two weeks away from the start of the 2014 World Series of Poker, WSOP officials held a conference call to preview the event and field questions from reporters. PocketFives was on the call and learned that we’ll see Frisbee dogs before the “Shuffle up and deal” command at some point this summer. Who doesn’t like Frisbee dogs? Answer: Everyone loves Frisbee dogs.

2014 marks the tenth consecutive year the WSOP has been held at the Rio after moving from Binion’s in Downtown Las Vegas. WSOP Vice President Ty Stewart started the call by saying, “We hope to make summer in Vegas the happiest season of all. It’s time to make poker big again. It’s time to make poker fun again.” A total of 15,000 WSOP virgins are expected this year and the series anticipates over 70,000 total entrants for the fifth straight year.

The WSOP appears to be shooting for the “fun” angle this year, trying to move away from any staleness that has occurred. Officials teased additional cage staff, additional cage windows, new chairs in every playing area, a new zip line attraction, the High Roller Ferris Wheel on the Strip, fresh carpet in the convention center, live music, indoor blimps, and Frisbee dog shows.

As most of us know by now, the 2014 WSOP Main Event will guarantee $10 million to the winner, with Stewart saying, “Eight-figures for a poker tournament – it’s something that can’t be accomplished in any other event in the world. It’s something that has had people talking for months.” WSOP Tournament Director Jack Effel added that the entire series was “our Olympics. This is our Woodstock. This is our celebration.” 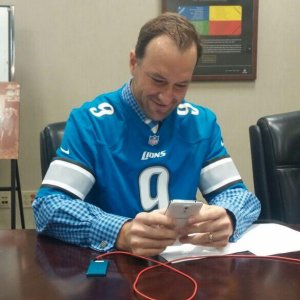 In changes from 2013, the 5:00pm events will now start at 4:00pm to allow for more play on Day 1. The first day will run for 10 levels, ending around 3:00am. Moreover, players will be able to compete on WSOP.com, a regulated online poker site in Nevada, in a special Grind Room that will be set up at the Rio featuring computers, plenty of power outlets, and a segregated wireless network.

WSOP tournaments will largely feature six levels of late registration, with the exception of the Main Event (six hours), Poker Player’s Championship (start of Day 2), and Shootout events (two levels or until the tournament sells out).

Speaking on the internet situation outside of the Grind Room, Stewart(pictured) told the media, “We have free WiFifor everyone in the convention center. We believe we have enough bandwidth to service all of our guests… Unlike some other poker tournaments, we encourage players to Tweet, post, Instagram, sign autographs, and not have to rush back to their seats for the ‘first card off the deck.'”

One topic discussed at length was the absence of an Open Face Chinese Poker event, which does not grace the 2014 WSOP schedule. Officials reasoned, “This is the World Series of Poker. While we’re not afraid to be innovative, is Open Face Chinese, without betting, raising, and bluffing, a poker tournament? We decided it was too gray to have that bracelet sit side by side with [other bracelets] that help determine a person’s place in poker.” 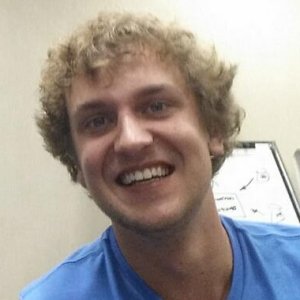 Finally, 2013 Main Event champion Ryan Riess (pictured) was in the house for the call, saying, “I can’t wait. I am super excited… I am playing about 15 to 20 tournaments this year.” He added that his game might have gotten sharper in recent months: “I’ve been working on my game a lot the last few months. I have been fine-tuning my game, so I am excited for the summer.”

Last year, Riess was a guest on the ESPN football program “College GameDay,” which he said was the highlight of his reign as Main Event champion: “I was invited to be on ‘College GameDay’ along with Joey Chestnut. The Spartans luckily beat Ohio State and I was fortunate enough to be there.” The game was held in Indianapolis.

Stay tuned to PocketFives for 2014 WSOP news and results.