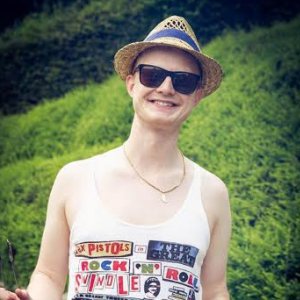 Late last month, Matthias Lipp (pictured), known on PocketFives as MLS20, was part of a four-way chop of the PokerStars Sunday Millionand bagged $103,000. He officially finished in second place, falling heads-up to 180th ranked CheVeaU, and it was his largest online MTT score ever. The path to a near-victory for the live cash game player was quite impressive.

“It was pretty funny because with 12 people left, I was second in chips,” Lipp said. “Then, I lost close to my whole stack with A-K to K-K, so I was 12/12 and thought my dream was over, but I managed to make a comeback with my five big blinds. When we reached the final table, I was again second in chips. From that point, I played my A-game and it was all pretty standard. CheVeaU made my life a little harder because of his maniac aggression.”

He added that it was a “big dream” to make the final table of the Sunday Million, so despite not winning, it all seems to have worked out. There were over 5,600 entrants that week and the tournament had a prize pool that topped $1.1 million.

Lipp has pretty grand plans for the money compared to most players we’ve interviewed. In fact, he plans to allocate his budget toward a trip and a new set of wheels. He explained, “I will take a trip to Thailand and buy myself a nice motorbike. The rest of the money I will save.”

Why Thailand of all places? After all, that country is halfway around the world from his home base of Austria. He told us, “Some of my friends are already there and I want to know their culture.” That sounds like a pretty good use of time.

His largest live score to date came in mid-2014 in the €2,000 No Limit Hold’em CAPT Velden Main Event in Austria. He chopped it heads-up and ended up with $78,000. “I played for four days, managed to make the final table with a healthy stack, and made it to heads-up and chopped it. Otherwise, we would have been heads-up for $40,000! We made an ICM deal when I was second in chips and the other guy gave up $15,000. I got $78,000 and we had a deal. We stopped playing because there was no money left to play for.” 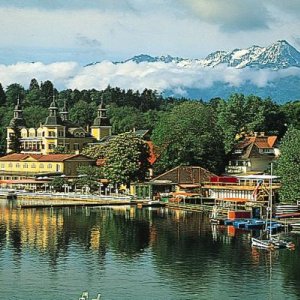 The member of PocketFives’ Austria poker community has been playing full-time for the last two years, mainly in cash games in local casinos. Prior to poker, he was working as an assistant manager at a hotel in Germany since he had studied that industry for five years in university.

However, the hotel business didn’t pan out. He explained. “They did not pay me well, so I decided to leave. I went on holiday in South America for two months in Colombia, Panama, Costa Rica, and Nicaragua. I really enjoyed it and when I came back home, I started playing cash games full-time and got coaching for small-stakes MTTs.”

Outside of poker, Lipp enjoys fishing and cooking. As a matter of fact, he loves the latter so much that he wants to open his own restaurant, but doesn’t want it to be located in Europe. As far as a location, he mentioned Nicaragua as a possibility, combining a restaurant with a hostel.

He is the 23rd ranked player in Austria, #1,516 worldwide, and has been a member of PocketFives since 2013. Congrats to Lipp on his big Sunday Million chop. Visit PokerStars for more details on the weekly tournament.