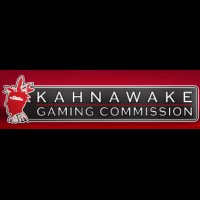 According to a variety of sources, including traces posted on TwoPlusTwo as well as information from Subject Poker, Full Tilt Poker may soon receive a license from the Kahnawake Gaming Commission (KGC) to continue offering real money online poker. IP traces on the FullTiltPoker.com and FullTiltPoker.co.uk domain names apparently include references to mohawk.ca, associated with the KGC, which is located on an Indian reservation outside of Montreal, Canada. Full Tilt formerly held a KGC license.

On Wednesday, the Alderney Gambling Control Commission suspended the license belonging to Full Tilt Poker following “a special investigation prompted by the indictments unsealed by U.S. Attorney General’s Office in the Southern District of New York on 15 April 2011, during which grounds were found to indicate that these licensees and their business associates were operating contrary to Alderney legislation. The nature of the findings necessitated the taking of immediate action in the public interest.”

An Alderney hearing on Full Tilt Poker’s alleged transgressions is set for July 26th in London. In the meantime, its online poker games have come to an abrupt halt. Rumors abounded this morning on TwoPlusTwo, PocketFives, and other sites that Full Tilt could reopen sans a valid gaming license, although this has not yet occurred.

Meanwhile, a Subject Poker article published late Wednesday asserted that moving to the KGC could allow deposits and withdrawals to resume on Full Tilt: “Multiple sources at Pocket Kings Ltd have told Subject Poker that Full Tilt may use a permit from the Kahnawake Gaming Commission to continue allowing non-U.S. players to play and possibly to resume processing deposits and withdrawals.”

News of Full Tilt Poker’s license being suspended made mainstream headlines on Wednesday on outlets like Forbes, ESPN, and the Wall Street Journal. At press time, Full Tilt had not yet made a public comment on the issue. Instead, its chief rival, PokerStars, reassured players that their money was safe and that Isle of Man officials had reaffirmed its gaming license’s validity.

Full Tilt Poker has not yet paid back U.S. players following Black Friday back on April 15th and is purportedly seeking a $200 million cash infusion in exchange for a 50% ownership stake. Among those rumored to be considering investing is casino staple Jack Binion, although his camp declined to comment to the Wall Street Journal.

According to the Irish Independent, Full Tilt Poker generated profits of â‚¬12 million in 2010. The news outlet added that Pocket Kings provides 600 jobs to the city of Dublin, positions that now might be in jeopardy.

In the wake of today’s suspension of Full Tilt Poker’s license, sites like PartyPokerand bwinhave announced promotions to lure disgruntled Full Tilt players. PartyPoker announced a new $100,000 freeroll for new players who make a deposit using the code “200JULY“. PartyPoker also announced a 100% reload bonus up to $200, Summer Million freerolls, and the ability to keep your VIP status if coming from another room.

bwin, which is on the brink of merging with Party Gaming, announced a promotion to give away 200 Nespresso machines.

Also coming out today was how the suspension of Full Tilt’s license could actually benefit American players. We’ll keep you posted on the latest right here on PocketFives.com.