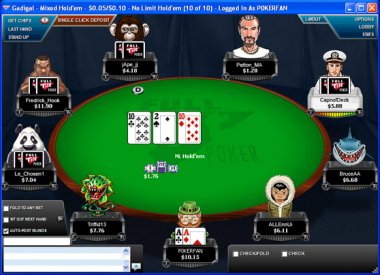 Posters on PocketFives and TwoPlusTwo have begun reporting that their Full Tilt Poker refunds have hit their bank accounts. One PocketFives member wrote on Thursday night, “Payments have started! I got a pending ACH transaction from ‘EveryDay Checking 5631 02/27/2014 $XX,XXX.02 PPD DOJ POKER STARS POKERPAY01 ROUTING NO. 04400002.’ Funds will be available at 9pm tonight. Finally!”

Another member of the PocketFives community added, “Money has hit my account! Weeeee!“

On TwoPlusTwo, more reports trickled in. One poster simply said, “It’s happening,” while another chimed in, “Received payment as of 5:35pm.” There didn’t seem to be any rhyme or reason as to what bank accounts received payments, as one poster with a small financial institution said, “Just received my payment, I used my local credit union instead of the big bank I could have used.” Multiple players on PocketFives and TwoPlusTwo using credit unions reported that their funds were officially available as of late Thursday night.

Additionally, Chaseand PNCaccount holders on TwoPlusTwo reported being reunited with their funds for the first time since Black Friday, nearly three years ago.

Garden City Group, the appointed Claims Administrator for Full Tilt Poker, announced earlier in the week that it had begun testing the bank accounts of petitioners and that the first round of repayments was slated for Friday. 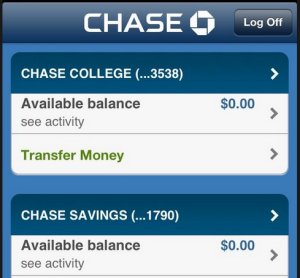 One player remarked rather patiently, “Mine hasn’t hit. It’s probably dependent on the bank. Seems like it will likely be there tomorrow.” Whether funds will be officially available on Friday or early next week for US account holders remains to be seen.

On February 21, Garden City Group sent e-mails to players with incomplete or inaccurate bank account information. Said players have until March 13 to update their details by contacting Garden City Group. If no contact is made, a check will be mailed to the address provided on a player’s petition for remission.

Also yet to be paid are Full Tilt affiliates. As of January 31, Garden City Group sent 8,400 e-mails to affiliates of Full Tilt Poker. It’s important to note that affiliates have until this Sunday, March 2, to submit a petition. According to the Group, “Affiliate balances shown upon logging into the online filing site were determined by deducting from the account balance all payments labeled as affiliate payments in the data provided by Full Tilt Poker.”

Players with disputed refund amounts have also not been repaid.