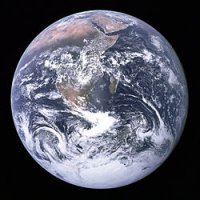 The recently completed World Series of Poker, or WSOP, featured 58 bracelet events, 57 of which had a champion crowned. The 2011 WSOP November Nineperhaps encapsulated this year’s trend the best, as seven nations were represented at the final table, the most ever, and 85 countries sent participants to the feature event in Las Vegas. PocketFives.com caught up with WSOP Media Director Nolan Dalla, who broke down the media’s continued infatuation with the annual festivities.

Media interest in 2011 WSOP continues to blossom. During the 2010 November Nine, reporters from around the world flocked to the Penn and Teller Theater at the Rio to follow the likes of Canada’s Jonathan Duhamel and Italy’s Fillipo Candio. This year, according to Dalla, the number of credentials awarded to members of the media was the same as last year. However, their holders were different from years past.

“The media interest this year was approximately the same as the last year in terms of the number of credentials,” Dalla told PocketFives.com in our exclusive interview. “The only shift that was noticeable was seeing more foreign press and more press from different nations. We’re definitely seeing more international mainstream press.”

Players from nine nations won bracelets this year. Americans captured 35 of the 57 that were awarded, while Canadians grabbed five and Ukrainians and Frenchman collected four apiece. Russia and the United Kingdom laid claim to three bracelets each, while Brazil, Pakistan, and Sweden each earned one.

In the United States, Black Friday occurred just one month prior to the WSOP kicking off in Southern Nevada. The three largest U.S.-facing sites jettisoned the market, leaving many members of the industry out of work. Many American players returning home from Las Vegas now face a tough decision. 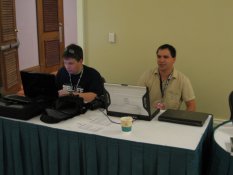 Accordingly, the number of U.S.-based media fell this year: “There were fewer American press this year,” Dalla divulged. “Budgets are tighter and the media here also have another year under their belt. They are able to do more. After they’ve done it for a while, they’re better at it, so a site might not need three people; maybe they have two because they have experienced people.”

There have been a number of storylines at this year’s WSOP. From its increasingly global participant base, to Phil Ivey’s absence, to Phil Hellmuth falling short of a record-breaking 12th bracelet three times, there’s been a lot to talk about.

But, what has been the biggest story so far in terms of media interest? Dalla went a completely different route: “People want to speculate why the WSOP is recession-proof. There is nothing that seems to affect the number of entrants. Up until the Main Event, the biggest question was what its attendance was going to be. Once we had the number, it was a reflection of why it happened.” The 2011 WSOP attracted a record 75,672 total entrants; in the Main Event, there were 6,865 players, the third largest sum in history.

When asked to name his own headline for the 2011 WSOP, Dalla told PocketFives.com, “The headline is clearly that the WSOP not only survives, but thrives. That says it all.” He added that he made up the clever limerick on the spot. If you know Dalla well, that’s totally believable.

Besides the limited consternation toward Full Tilt Poker pros this year due to the site’s inability to cash out players following Black Friday, there were very few controversial moments. Dalla echoed our sentiments: “Normally, we just can’t get away from the fact that there are one or two things that come up. This year, we had absolutely nothing happen that was scandalous or controversial. It was a problem-free WSOP.” 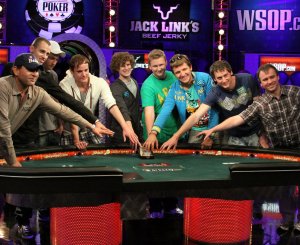 During the waning days of the Main Event, ESPN, ESPN2, and ESPN3.com carried near-live coverage on a 30-minute delay. Dalla explained that there weren’t numerous changes made given the presence of television: “Absolutely not. It’s played pretty much the same and it’s on a 30-minute delay. When you have poker news logs, that’s also history people go back and look at. The media has information that can be used by players; it’s not just television.”

Dalla added, “By the time it airs and someone could act on it, it would be probably an hour later and the dynamic could have changed. I don’t think that affects the game in a dramatic way, but it’s a bold experiment.” ESPN aired 34 additional hours of semi-live coverage of the Main Event and showed hole cards at the end of every hand. Lon McEachern, David Tuchman, Antonio Esfandiari, and Hellmuth were among those who lent commentary.

The culturally rich Main Event picks back up on Saturday, November 5th from the Rio in Las Vegas. If last year’s schedule prevails, the nine will become two on that date. Then, the heads-up match will take place on Monday, November 7th and air on ESPN on Tuesday, November 8th.