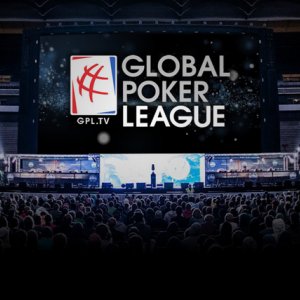 Not every detail was revealed in the press release issued by MSE, but it did give us a much better idea of how the Global Poker League will work. The first season will begin in the first quarter of 2016 and feature 12 teams of five players each.

The league will be comprised of two conferences: the Americas Conference, which is expected to field teams from New York, Los Angeles, San Francisco, Las Vegas, Toronto, and Sao Paolo, and the Eurasia Conference, which will likely consist of London, Paris, Barcelona, Prague, Hong Kong, and Moscow.

The teams will compete for “at least” 14 consecutive weeks in matches that will take place online, in live venues, and in television studios. One game type that was revealed is the “duel match,” which will consist of 30- to 40-minute timed contests using digital cards and real chips outfitted with RFID technology. The idea is to have many more hands played than normal through the combination of the game clock and technology that will allow for cards to be dealt faster and chips to be counted faster. Details about other game formats were not announced.

Players will also be standing throughout the games, which will supposedly provide “a more dynamic approach to game play.” 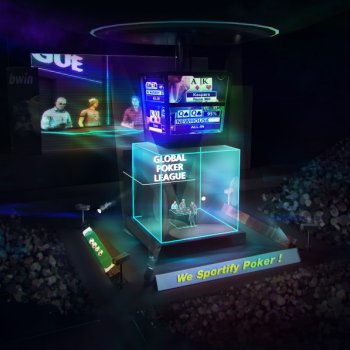 The Global Poker League is attempting to make the competitions spectator events and, as such, will be locating them in “iconic venues across the globe” rather than just in casinos. The GPL World Championships “will be staged at one of the most renowned sport and entertainment venues in the USA.”

Along those lines, the Global Poker League competitions will take place in a specially designed, 20-foot, one-way, sound-proofed, transparent cube called, appropriately enough, “The Cube” (pictured). It will be outfitted with all of the technological trappings to give the live audience a show: LED lighting, 3-D projection mapping, a video screen, and cameras.

The goal of this whole thing, as mentioned earlier, is to “sportify” poker, to bring it out of its niche market and get casual sports and entertainment fans involved. It appears that by having teams represent different cities, the hope is that casual poker fans will get emotionally invested in their team even if they don’t really know much about the players. As the saying goes, sports fans root for “laundry” rather than individual players, so the Global Poker League is trying to apply the same idea to poker.

In a survey of poker fans taken last month, 30% supposedly said that they were interested in buying tickets to GPL events, while 25% said they would buy GPL and team merchandise. Almost two-thirds said they would watch the GPL World Championships.

Participants in the Global Poker League will not have to put up their own money to play. Prize money will be derived from various revenue streams like advertising, merchandising, and ticket sales. All contests will be streamed online and some will be broadcast on television.