If you believe American pop culture, the Russians are always the bad guys. In Rocky IV, Ivan Drago was meant to destroy Rocky Balboa. In Rambo, Colonel Podovsky was the one torturing John Rambo. In the WWF, Nikolai Volkoff wouldn’t begin his matches until he sang the Soviet national anthem.

Granted, those are all throwbacks to the Cold War, but you get the point. As the Global Poker League makes its way through its first season Anatoly Filatov is hoping to be anything but a bad guy. Still, the 28-year-old Moscow Wolverines team manager went into the inaugural draft and with a really short list of players he was targeting.


“I mostly concentrated on Russian and (Commonwealth of Independent States) players because they were more clear for me. Some of them are my friends and I know what to expect from them,” said Filatov. “My strategy was to find flexible people who can work in the team and adapt to different circumstances.”

To that end Filatov filled his four spots with three Russian players and another with strong ties to the former Soviet Union.

With his first pick, eighth overall, Filatov took one of the hottest players in poker today, Dzmitry Urbanovich. The 20-year old poker pro, who was born in Belarus but now lives in Poland, won European Poker Tour Player of the Year last season and last month took down the EPT Dublin Main Event for the third biggest score of his career.

From there, Filatov went full Russian and had more than a few heads turning as he filled out his roster. In the second round he chose Vladimir Troyanovskiy, fresh off of his fifth place finish in the 2016 PokerStars Caribbean Adventure main event. With over $4,000,000 in lifetime earnings, Troyanovskiy is a successful tournament player.

Filatov selected Andrey Pateychuk and Sergey Lebedev in the third and fourth round respectively. Pateychuk already has EPT and World Poker Tour titles to his credit and is the ninth highest ranked online player in Russia. When Filatov selected Lebedev with his final pick, those watching the live stream were left with one question.

Lebedev has made final tables in Europe, Asia and North America but hasn’t broken through with a live win just yet. He’s banked over $1.2 million in tournament earnings with a quarter of that coming in the last four months. While the general public might not be overly familiar with his roster, Filatov is quite happy to have built his team around players from his part of the world. 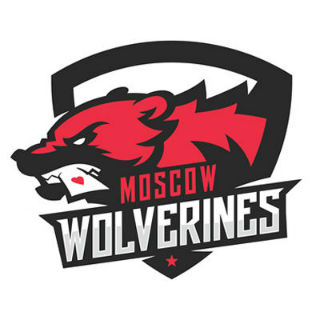 “I must admit that it played a huge role for me, because we need to communicate well and have the common mentality. That`s why I prefer to choose mostly Russian-speaking or European players,” said Filatov, who also took into consideration the enthusiasm the players showed for the GPL concept.

Enthusiasm is what got Filatov interested in the GPL in the first place. Not his mind you, but that of GPL founder Alex Dreyfus.

“Some time ago Alex called me and described the concept. We talked a lot about the ideas that they have to promote and how these events will develop poker as a sport,” said Filatov. “His vision of this project, enthusiasm inspired me to lead the Moscow team and I didn`t doubt that I wanted to be involved in it.”

Even though the Cold War is long over, Filatov is happy to some Russian history when it comes to his team name and logo.

“I like the red color of the logo because its associates with ‘Red Machine’ – the USSR hockey team and Red Square,” said Filatov. “And the the logo shows Russian character and fighting spirit.”