A common, almost regular topic of conversation in poker circles is women and their role in poker. That discussion in a whole is for a different day, but three female players will be playing a big role this year, as they manage their respective Global Poker League teams.


While Maria Ho heads the Los Angeles team and Celina Lin represents Hong Kong, perhaps the most well-known female pro in the game leads one of the European entries. England’s Liv Boeree readies herself for the challenge of a lifetime in leading the London Royals into the first season of the GPL.

Throughout her life and career, the Team PokerStars Pro hasn’t seemed to meet a challenge she can’t overcome. Boeree earned a First Class Honors degree in Physics from the University of Manchester and over the last few years has been one of the highest ranked female players in the world according to the GPI rankings system.

It’s the above success that makes Boeree the perfect candidate to not only manage a team in the GPL, but also to be one of the faces of the league, a league that she is excited to be a part of. “It’s a huge honor to be asked to be part of the Global Poker League,” Boeree said, adding that what excites her most is the “sheer scale of the operation that Alex is trying to achieve.” 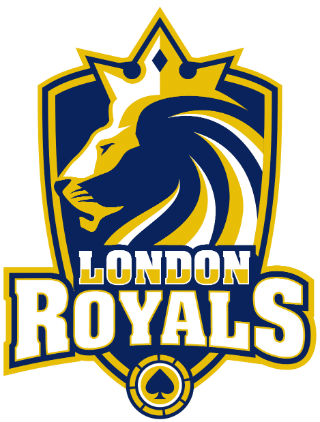 The Alex she mentions is Alex Dreyfus, the man behind the GPL. While she admits that she, Alex, and the entire poker community are “kind of jumping into the unknown,” she remains confident with the team behind the first season of the GPL.

Boeree added, “(Alex is) unbelievably determined to create a format that appeals to the mass e-sports audience and beyond.” Many managers share the same sentiment and with the GPL operating on a worldwide scale, the sky really is the limit.

If there is anyone who knows something about worldwide projects, it’s Boeree. She’s one of the co-founders of Raising for Effective Giving, or REG Charity, an organization that encourages poker players to donate percentages of their winnings to effective charities. Those altruism efforts span the entire globe and while the two aren’t directly related, Boeree hopes that her involvement in, and the “taking off of,” the GPL can bring more publicity to her and REG’s global efforts.

Closer to home, Boeree, who admits she’s “not particularly nationalistic,” is excited to carry the torch for the UK’s lone GPL team. She admits that the only time she gets patriotic is during sporting events. With the GPL’s main goal being to “sportify” poker, we could see a more patriotic than usual Boeree at the helm of the London Royals through the first season of the league.

That first season starts with Thursday’s GPL Draft, where Boeree and the Royals will select 7th out of the 12-team league. When asked about that draft and her strategy, she admits that there definitely was a strategy, although she wouldn’t divulge much more information than that. This is also her first time being a part of a draft, something that has forced her to “consult with other players who have much more experience.”

Draft experience aside, Boeree knows how important her participation in the GPL is to the growth of the game for women in poker.

“It’s great that a quarter of the managers are female and I’m chuffed to be one of them,” she says, while agreeing that women’s involvement in poker is slowly growing. She knows the importance that female representation, not only in the managers of the league, but the draft as well, plays in the landscape of poker and hopes that that representation can “balance out the ratio even more” as time goes on.

What that community does know is that with one of poker’s most recognizable players and ambassadors leading the London Royals into the draft, they’ll certainly be a force to be reckoned with.