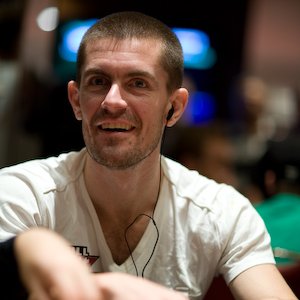 According to HighStakesDB, Gus Hansen (pictured) had a solid Sunday on the virtual felts of Full Tilt Poker, winning $546,000 at the cash game tables. However, he is still down almost $18 million since the site began tracking his account in 2006.

His damage on Sunday was done at the Eight-Game and Triple Draw tables, according to HighStakesDB: “Hansen played for a couple of hours post-midnight, winning at both the Triple Draw and Eight-Game tables, building a six-figure profit before taking 11 hours away from the tables, returning in the early afternoon, where he added another $87,000, putting his daily profit over $200,000.”

Hansen didn’t sit on $200,000 in profit, however. Instead, he came back for a nighttime session that saw him take $193,000 off an Eight-Game table with the likes of Phil “Polarizing” Ivey, Macau’s punting-peddler, Alexander “PostflopAction” Kostritsyn, Alex “Alexonmoon” Luneau, Hac “trex313” Dang, samrostan, and Patrik “FinddaGrind” Antonius. When all was said and done, Hansen walked off with $546,000.

Despite the bleeding online, Hansen has been a beast on the live tournament felts. The Hendon Mob has logged $11.2 million in career live MTT earnings for the Danish player, who has largely been among the top 100 worldwide on the tournament poker money list since 2002: